Medicare and the Changes in 2019

Each year, Medicare adjusts its prices. Costs for things like premiums, deductibles, and copays are usually increased due to inflation. However, price increases are generally minimal, so they increase slowly over time.

For instance, the increase for the Part B deductible this year was only an increase of two dollars. Below are Medicare rate changes for 2019. 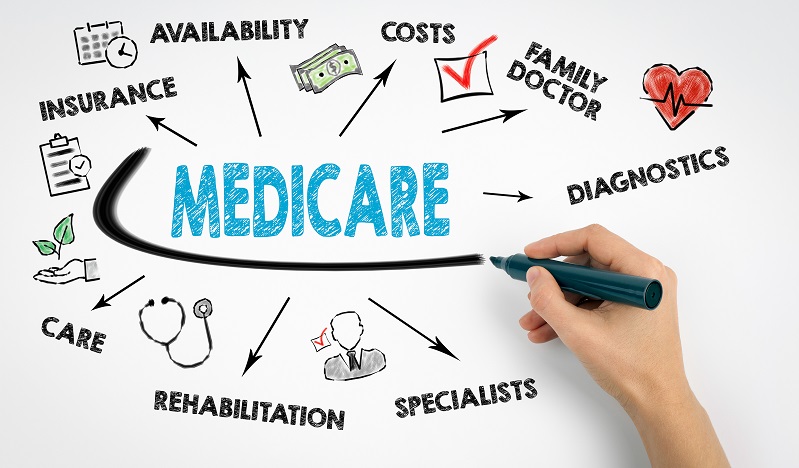 Most people earn premium-free Part A. However, if you worked anything less than 40 quarters (10 years), then you will have to buy and pay for Part A monthly.

Part A Deductible and Copays

Unlike other parts of Medicare, Medicare Part A’s deductible is per benefit period, not per year. A benefit period is how Medicare measures your time spent in the hospital. The period starts on the first day you are admitted and lasts until you have spent 60 consecutive days out of the hospital.

Because Part A’s deductible is per benefit period, you could have to pay the deductible more than one in a calendar year. The Part A deductible went from $1,340 to $1,364 in 2019.

As always, if you spend more than 150 days in the hospital, you are responsible for all costs.

The Social Security Administration (SSA) reviews the latest tax forms that the IRS has on file for you, which is usually from your return filed two years prior. How much you pay for Part B will depend on which income bracket you fall into, will determine your Part B monthly premium.

There were five income brackets in 2018. People earning $85K or less or $170K jointly paid the base premium. People in the four higher tiers paid more.

The income brackets have changed slightly for the new year. A sixth bracket was added for people who earn more than $500K individual or $750K jointly.

In addition to these changes in income brackets, the Part B premium set for each bracket has been increased, making $460.50 the highest Part B premium someone could pay.

Like we mentioned earlier, the Part B annual deductible increased by only two dollars. It went from $183 to $185 in 2019.

People on Medicare have choices for how they get their coverage. Many people also buy additional insurance to help cover the gaps. These include Medicare Advantage plans or Medigap plans.

Medigap plans have benefits that stay the same from year to year. However, the premiums increase every year due to ordinary healthcare inflation.

If your premium increase is more than you can afford, you can apply to change plans to see if you can find a lower priced plan.

Medicare Advantage enrollees should receive an Annual Notice of Change (ANOC) by the end of September each year. The ANOC explains what will be changing to your plan for the following year. You receive this letter in September so that you have time to review the changes before October 15th, when the Annual Election Period starts. You’ll have the election period to make plan changes if you aren’t happy with your plan’s changes for the coming year.

Beginning in 2019, Medicare Advantage plans can also now include supplemental benefits such as home modifications, in-home support services and meal delivery too. You may be pleasantly surprised to find that your plan includes some of these extra features or incorporates some of them into future plan designs.

Since Medicare changes every year, it’s helpful to review your coverage at the end of each year so that when the new year begins, you aren’t caught off guard.

Danielle K Roberts is a Medicare insurance expert and co-founder at Boomer Benefits, where she and her team help thousands of baby boomers with their Medicare supplemental insurance every year. Via online webinars and video email courses, she has taught the basics of Medicare to new beneficiaries across 47 states. Danielle is also a member of the Forbes Finance Council where she writes about the costs of healthcare in retirement.

One thought on “Medicare and the Changes in 2019”