How Can Amnesty Help Our Country?

Posted on October 10, 2013 by Ernest in Commentary 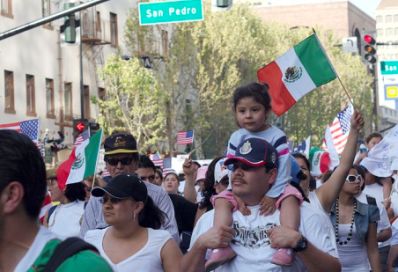 The following are counterpoints that challenge these claims and offer other considerations.

Even though they are not citizens of the United States, illegal immigrants do contribute to the economy. They often take jobs most Americans shy away from, and also contribute to the tax base. In 2006, two thirds of illegal immigrants paid taxes in the form of sales tax, income taxes, Medicare, and revenue from Social Security tax was estimated at $11 billion, of which they did not receive benefits.

Moreover, illegal immigrants do not appear to put downward pressure on wages. A study tracked wages for ten years after the passage of the 1986 amnesty legislation and concluded that wages had increased significantly over that time. The Department of Labor study showed wages for undocumented workers had risen by 15.1 percent and that, furthermore, this increase in wages was measured in 1992, a period of recession.

Additionally, the Congressional Budget Office projected the effects of a comprehensive immigration plan on the national economy. It concluded that tax revenue would increase by $4.5 billion over three years and gross domestic product would increase by $1.5 trillion within 10 years as a result of increased investments by immigrants through home purchases and entrepreneurial activity. The Congressional Budget Office also concluded that average annual wages for both low-skilled and skilled immigrant workers would increase over that time (by $4,405 for unskilled and $6,100 for skilled), which would increase the nation’s tax revenue.

Contrary to widespread beliefs, immigrants are not a drain on services or public assistance. A study by the National Academy of Science revealed that the average immigrant and his or her family will pay a net of $80,000 more in taxes than what they utilize through government services.

Unlike legal immigrants, illegal immigrants are unlikely to be screened for possible diseases such as small pox or tuberculosis, and they tend to avoid seeking medical treatment unless absolutely necessary. If provided amnesty, immigrants would be more likely to seek medical attention for preventive care, and they’d become insurable. Estimates peg the number of uninsured illegal immigrants to be about 9.4 million people, a significant factor in driving up health care costs.

As a nation, the United States will never be able to effectively combat illegal immigration, and there is no reliable method to deport the current population of illegal immigrants in our country. As a nation, it is in our benefit to take a more balanced view of amnesty and explore the opportunities that amnesty may bring to the country as a whole.

Charity Bailey, and environmental studies major, supports amnesty awareness on campus. If you are in the middle of immigration complication, Charity urges you to seek legal counsel.