Posted on January 21, 2011 by victor in Guest Blogger, Parenting

Andrew D. Gibson, Ph.D.
author, ” Got An Angry Kid? Parenting Spike- A Seriously difficult Child.”
On the web at Gotanangrykid.com 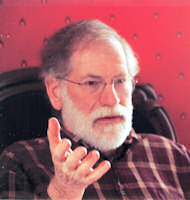 Let’s say that you have an out-of-control ten year old kid named Spike. How he got there isn’t clear. But out of control is out of control: that’s more than clear.  There is nothing you can do in the name or reward or punishment that makes a dent in his behavior . Heaven knows you have tried.  (see http://www.psychologytoday.com/articles/200109/why-our-kids-are-out-control.

Some people think that out of control just means you forgot to take Spike’s cell phone away when he got fresh; they think he’ll snap out of it when you do. They are wrong. If you take away his cell phone, he’ll attack you.  He uses implied (and not so implied) threats and has backed you into a corner. He also lies, cheats, steals and swears; and that is just before breakfast.

So not only is Spike out of control, he also owns you and the household you live in. He is in charge. You can get just as angry as you like but he is still in charge.

Think this scenario is unusual? It isn’t. It is very common. And you, the tax payer,  end up paying for it because you foot the bill when Spike is sent to a residential school.  The cost is about $75,000 per year per kid. Parents of Spike-like kids often contemplate having their child live somewhere else; maybe a residential school; maybe brother Fred’s. Just someplace else.

But guess what? The placements almost always fail.  Spike just learns to shut up so he can be discharged. Or he becomes as outrageous at brother Fred’s place as it was a yours and is thrown out. Regardless, when he returns home, he often starts up all over again.

If parents weren’t so desperate they wouldn’t think that the State  (or brother Fred) could be a better parent than they are. But since they feel like complete failures as parents, they don’t think clearly. They need to learn how to distance themselves from their kid.

Got An Angry Kid? Parenting Spike: A Seriously Difficult Child

The problem is these parents have been trying to put boundaries around their Spike. It doesn’t work. They need to put them around themselves. It is much more effective.  If they will, they actually can have a family again.

A good place for them to begin is to examine all the things they do for Spike which aren’t absolutely necessary. Then they should stop doing them. Parents are only obliged to provide the basics. When Spike decides to be decent, they can add the special things back in. Anything above basic he needs to earn by being respectful.  (see http://abcnews.go.com/Primetime/storyid=2699753&page=1

This STOP plan is not a deal; they say nothing to Spike. They simply begin quietly to take back the control that they lost in a formerly futile effort to corral Spike.

Need more help?  Don’t know where to  start?   If you don’t have one already, get a copy of “Got An Angry Kid?”  Read it carefully. Follow it diligently. It is very parent-friendly.

Join “Spike’s Club” Get access to  lots of  supportive information on the Spike in your life. Communicate with parents  like you. Read exclusive articles. Participate in webinars.  Listen to interviews.

If following the program in the book by yourself is too hard, enroll in the  self-instruction version of PACT on-line. It will make the process easier. Your progress will be computed automatically for you. Directions are-step by-step.