What do all the following people have in common? 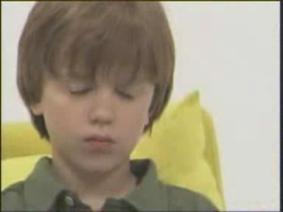 All of these people have Tourette’s Syndrome. This disorder, which was once thought to be extremely rare, has been proven to be one of the most common genetic disorders affecting man, and many people carry the trait. Numbers vary, but it has been said that as many as one in a hundred children have the disorder. These individuals can range all the way from being totally normal to totally incapacitated.

Oftentimes healthcare professionals believe it to be a rare disorder in which the patient must sit in their office, swearing and having violent muscle tics and vocal noises to make a diagnosis, which is untrue.

For a Tourette’s Syndrome diagnosis to be made, a person must have both multiple motor and one or more vocal tics be present at some time, although not necessarily at the same time. The tics occur many times a day, nearly every day, sometimes stopping completely, and then starting again. These tics last for a period of more than a year. The location in the body, number, frequency, complexity, and severity of the tics change over time.  Onset of Tourette’s Syndrome is before age twenty-one.

Tics are defined as: “involuntary, sudden, rapid, recurrent, irregular, motor movement or vocalization. They are experienced as irresistible, but can be suppressed for varying lengths of time.

Very few people who have Tourette’s Syndrome have it bad enough to require medication. Medication is only used when Tourette’s Syndrome interferes with everyday living. Many of these medications have major side effects, so working with your doctor to find the correct dosage and maintaining contact with him is of utmost importance. 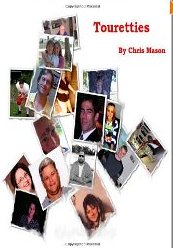 Chris Mason has lived in the East Bay Area of California for most of his life. He has lived with Tourette’s Syndrome and Obsessive Compulsive Disorder and has been taking medication to prevent the symptoms of both, getting close to live a fairly “normal” life. He is the author of the book Touretties, a collection of stories from people who experienced Tourette’s Syndrome personally or in their family. Chris currently resides in San Francisco. Visit his website to http://chrismason.biz/ learn more about him and his work.