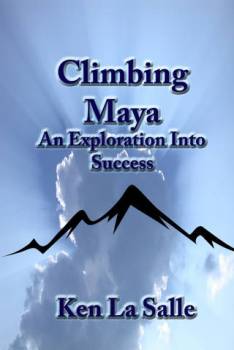 A while ago, on a different website, I posted a little story about a morning on which I had changed my first rear-tire flat while cycling. You see, I had been cycling for a while but had always worried about whether I would have the knowledge, skill, and gumption to fix that most dreaded of breakdowns (in my mind, at least) the rear-tire flat. But I did it. And, having done it, I was immensely proud of myself. And I wrote in that post on that website that on that particular morning I decided I could finally call myself a cyclist!

By the time I wrote that post, I had cycled many trips totaling over a thousand miles. I had purchased my second bike and plenty of gear to go with it. I had fixed front flats, adjusted breaks, lubed and cleaned all the necessary bits on my own and, yet, for some reason I wouldn’t consider myself a cyclist until I had fixed a rear-tire flat.

How silly I felt afterwards! I had been cheating myself out of such a small thing all because I was too insecure just to admit what I did. I think a lot of that had to do with the fact that I was still overweight, I wasn’t as fast as others, and I didn’t cycle with others. I was just a guy who cycled alone at his own level and, okay, I might not have been too pleasant to look at while I did it. But, you know what? I was still a cyclist!

Often, it’s difficult to identify ourselves with people who already do that thing we dream of doing. I couldn’t call myself a cyclist because I thought of people like Lance Armstrong and Andy Schleck – and I certainly was no Lance Armstrong or Andy Schleck! I didn’t think about all the other fine folk who were also cycling, who might not have gone too fast, and who might have been equally chubby. I thought, “If I can’t do it all – if I can’t do even a rear-tire flat repair – what right do I have to call myself a cyclist?”

But, you know what? I was a cyclist. I had achieved the dream I had been shooting for… and it’s a good thing I realize that now and don’t make that same mistake… again…?

… okay, it’s admission time. For a long time, I’ve wanted to take up jogging again. I’ve wanted to do it not for competition but just for my own health. I haven’t reached that goal yet… because I’m still overweight, I’m not as fast as others, and I jog alone… Crap. I did it again, didn’t I?

One of the toughest things about pursuing a dream is getting to that point where you can identify yourself with that dream, where you can say, “I did it!” Far too often, we hold back because we’re afraid we’ll be seen as a fraud or a liar if we give ourselves the benefit of the doubt. We are our own toughest judges.

Trepidation, however, is not a quality that conquers mountains. Stop holding back and allow yourself to identify with that dream you long to achieve! You’ll be surprised at the lift it provides and how it helps bring you even closer to your goal.

I know this because once I finally identified myself as a cyclist, I realized how silly I was for waiting. I had long been a cyclist and I felt great finally allowing myself to admit it.

So, I suppose I should take my own advice. I started jogging about four years ago. Oh, it was a very slow start, to be sure, with some days in which I jogged less than a mile. But I’ve kept at it with recent jogs taking me more than six miles four times each week. I am a jogger. I am athletic. I might not look it but that’ll come around in time, too.

One of the benefits of living a dream is embracing it and identifying it as part of your life. To do otherwise is to cheat yourself out of everything you’ve worked for.

You can find out more about Ken La Salle at www.kenlasalle.com. Climbing Maya, An Exploration Into Success by Ken La Salle is now available from all major e-tailers by Solstice Publishing. You can also find The Worth of Dreams/The Value of Dreamers, a compilation of Ken La Salle’s first year with Recovering the Self with plenty of bonus content, available as an e-book from all major e-tailers and coming soon as an audio book.

0 thoughts on “Staking Your Claim”