Posted on August 5, 2013 by Ernest in Exercise and Fitness, Health, News

Many experts until now believed that exercise helps alleviate hot flashes in women, as those experienced by menopausal 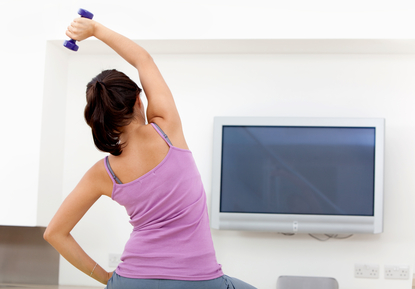 women. Some recent articles also teach the same about hot flashes and exercise. But a new study claims the opposite.

As reported by Reuters, the new research carried out by Kaiser Permanente Division of Research in Oakland, California, suggests that regular exercise offers little help in reducing hot flashes. The study was conducted on 248 women in United States over a period of three months and the findings were published in the journal Menopause.

The findings also suggest that exercise also doesn’t reduce the intensity of hot flashes in women who have experienced or are going through menopause. Yet, experts remarked that exercise is still recommended for other benefits like improving sleep and helping with depression.

An interest and puzzling part of the findings came when the researchers sorted the results by race of the subjects. A notable reduction in frequency of hot flashes was observed in white women who took the exercises as part of the study as against African-American women who didn’t show such reduction in frequency of hot flashes.