Evolution of the Master of Business Administration 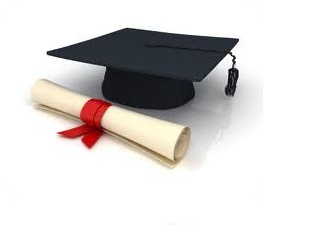 Master of Business Administration (MBA) as a postgraduate degree needs no formal introduction. Home to hundreds to MBA colleges (both private and public), management studies forayed into India in the late 1940s. The degree had its origins in the United States of America in the early 1900s. Let us ponder over the evolution of the most coveted postgraduate degree across the world.

Since the late 19th century, as the country began to move toward industrialization at a rapid pace and companies sought scientific approaches to management, gradually the designation of an MBA emerged. The sole motive behind the conception of MBA was to introduce and train students in the fields of management, accountancy, economics, finance, operations management etc.

In 1900 the first graduate school of business in US, Tuck School of Business at Dartmouth was established in Hanover, New Hampshire. It is one of the first institutions that conferred advanced degrees in commercial sciences, specifically Master of Science in Commerce—the early precursor of the modern MBA degree. Tuck is one of the six Ivy League Business Schools.

In 1908, Harvard University founded the Graduate School of Business Administration (GSBA) that offered the world’s first MBA degree. The first batch was started with 33 regular and 47 special students.

Three decades down the line, the University of Chicago Booth School of Business introduced the Executive MBA (1943) program and went on to become the first university to offer degrees from three campuses across continents (Chicago, London and Singapore). Today, Executive MBA programs are offered in almost all MBA institutes across the world.

Bu this time, MBA as a degree had gained momentum and began spreading outside the United States.

Four years down the line, the Institute of Business Administration (1955) was founded under the University of Karachi in association with the Wharton School of the University of Pennsylvania. The institute went to become the first MBA institute to be established not only in the Indian subcontinent but also in Asia.

Europe had its first business school in 1957 that was named INSEAD (the name was formerly an acronym for the French “Institut Européen d’Administration des Affaires” or European Institute of Business Administration). Later the Universities of London and Manchester introduced degree courses in management studies.

As technology began to expand, it made its way in to the education system as well. In 1986, the Crummer Graduate School of Business, Rollins College, Florida introduced an MBA program that required computer/laptop for every student.

In the present century, the MBA program has been well adapted and adopted across all countries in the world.

The basic types of MBA program are explained below:

Part-Time MBA: These programs follow a less intensive curriculum and classes are held on a weekly basis. Their duration spans for at least three years or sometimes more than that.

Executive MBA: This specialization was introduced to cater to the demand of the working professionals. It allowed students to earn an MBA or other related business degrees even while being full-time working professionals. Students come from all kinds of organizations – government, private, non-profits and even non-governmental organizations (NGOs).

Accelerated MBA: These programs are a little variation of the Two-Year Full Time programs. They comprise more intense curriculum along with classroom coaching and strict examination schedule. Since they have a less time span, there are fewer vacations as compared to the full-time program.

Dual MBA: Dual programs combine MBA with another degree, such as MS or MA. It helps in cutting cost to a great extent. Some business schools offer courses like a Bachelor’s Degree in Business Administration along with an MBA in four-five years’ time.

Structured around core courses, the major courses in an MBA program include the following:

Programs may include soft skills, understanding of corporate social responsibility and business communications.

As MBA programs expanded, differences in quality of school, faculty and courses offered started becoming evident. A variety of publications began to compile program and rankings of B-Schools.

Those who want to study MBA abroad; USA is definitely the best option.

According to Forbes magazine, the latest rankings (2012) of the best MBA colleges in USA comprise the following:

A skilled writer and an ardent blogger, Sampurna Majumder has been lending her knowhow to prominent websites like Shiksha.com by penning articles and blog posts on education trends like MBA and various top MBA colleges like BIMTECH, IIM, FMS.