Posted on November 8, 2011 by victor in Self-Esteem

The narcissist presents to the world a facade of invincibility, equanimity, superiority, skillfulness, cool-headedness, invulnerability, and, in short, indifference. This front is penetrated in times of great crises that threaten the narcissist’s ability to obtain Narcissistic Supply, or when the Narcissistic Supply is spurious (fake or low-grade), negative, or static. In the majority of cases, narcissists react to deficient narcissistic supply by resorting to several adaptive solutions:

The narcissist constructs a narrative in which he figures as the hero—brilliant, perfect, irresistibly handsome, destined for great things, entitled, powerful, wealthy, the centre of attention, etc. The bigger the strain on this delusional charade, i.e. the greater the gap between fantasy and reality, the more the delusion coalesces and solidifies. Finally, if it is sufficiently protracted, it replaces reality and the narcissist’s reality test deteriorates. He withdraws his bridges and may become schizotypal, catatonic, or schizoid.

The narcissist renounces reality. To his mind, those who pusillanimously fail to recognize his unbound talents, innate superiority, overarching brilliance, benevolent nature, entitlement, cosmically important mission, perfection, etc, do not deserve consideration. The narcissist’s natural affinity with the criminal—his lack of empathy and compassion, his deficient social skills, his disregard for social laws and morals—now erupt and blossom. He becomes a full-fledged antisocial (sociopath or psychopath). He ignores the wishes and needs of others; he breaks the law; he violates all rights—natural and legal; he holds people in contempt and disdain; he derides society and its codes; he punishes the ignorant ingrates—that, to his mind, drove him to this state—by acting criminally and by jeopardizing their safety, lives, or property. A variant of this pattern of conduct is the Passive-Aggressive solution.

Passive-aggressiveness wears multitudes of guises: procrastination, malingering, perfectionism, forgetfulness, neglect, truancy, intentional inefficiency, stubbornness, and outright sabotage. This repeated and advertent misconduct has far reaching effects. Consider the Negativist in the workplace: he or she invests time and efforts in obstructing their own chores and in undermining relationships. But, these self-destructive and self-defeating behaviors wreak havoc throughout the workshop or the office.

Despite the obstructive role they play, passive-aggressives feel unappreciated, underpaid, cheated, and misunderstood. They chronically complain, whine, carp, and criticize. They blame their failures and defeats on others, posing as martyrs and victims of a corrupt, inefficient, and heartless system (in other words, they have alloplastic defenses and an external locus of control).

Passive-aggressives sulk and give the “silent treatment” in reaction to real or imagined slights. They suffer from ideas of reference (believe that they are the butt of derision, contempt, and condemnation) and are mildly paranoid (the world is out to get them, which explains their personal misfortune). In the words of the DSM: “They may be sullen, irritable, impatient, argumentative, cynical, skeptical, and contrary.” They are also hostile, explosive, lack impulse control, and, sometimes, reckless.

When narcissism fails as a defense mechanism, the narcissist develops paranoid narratives: self-directed confabulations which place him at the center of others’ allegedly malign attention. The narcissist becomes his own audience and self-sufficient as his own, sometimes exclusive, source of narcissistic supply.

The narcissist develops persecutory delusions. He perceives slights and insults where none were intended. He becomes subject to ideas of reference (people are gossiping about him, mocking him, prying into his affairs, cracking his email, etc). He is convinced that he is the centre of malign and mal-intentioned attention. People are conspiring to humiliate him, punish him, abscond with his property, delude him, impoverish him, confine him physically or intellectually, censor him, impose on his time, force him to action (or to inaction), frighten him, coerce him, surround and besiege him, change his mind, part with his values, victimize or even murder him, and so on.

Some narcissists withdraw completely from a world populated with such minacious and ominous objects (really projections of internal objects and processes). They avoid all social contact, except the most necessary. They refrain from meeting people, falling in love, having sex, talking to others, or even corresponding with them. In short: they become schizoids—not out of social shyness, but out of what they feel to be their choice. “This evil, hopeless world does not deserve me”, goes the inner refrain, “and I shall waste none of my time and resources on it.”

Other narcissists who develop persecutory delusions, resort to an aggressive stance, a more violent resolution of their internal conflict. They become verbally, psychologically, situationally (and, very rarely, physically) abusive. They insult, castigate, chastise, berate, demean, and deride their nearest and dearest (often well wishers and loved ones). They explode in unprovoked displays of indignation, righteousness, condemnation, and blame. Theirs is an exegetic Bedlam. They interpret everything—even the most innocuous, inadvertent, and innocent comment—as designed to provoke and humiliate them. They sow fear, revulsion, hate, and malignant envy. They flail against the windmills of reality—a pathetic, forlorn, sight. But often they cause real and lasting damage—fortunately, mainly to themselves.

The narcissist is angered by the lack of narcissistic supply. He directs some of this fury inwards, punishing himself for his “failure”. This masochistic behavior has the added “benefit” of forcing the narcissist’s closest to assume the roles of dismayed spectators or of persecutors and thus, either way, to pay him the attention that he craves.

Self-administered punishment often manifests as self-handicapping masochism—a narcissistic cop-out. By undermining his work, his relationships, and his efforts, the increasingly fragile narcissist avoids additional criticism and censure (negative supply). Self-inflicted failure is the narcissist’s doing and thus proves that he is the master of his own fate.

Masochistic narcissists keep finding themselves in self-defeating circumstances which render success impossible – and “an objective assessment of their performance improbable”(Millon, 2000). They act carelessly, withdraw in mid-effort, are constantly fatigued, bored, or disaffected, and thus passive-aggressively sabotage their lives. Their suffering is defiant and by “deciding to abort”, they reassert their omnipotence.

The narcissist’s pronounced and public misery and self-pity are compensatory and “reinforce (his) self-esteem against overwhelming convictions of worthlessness” (Millon, 2000). His tribulations and anguish render him, in his eyes, unique, saintly, virtuous, righteous, resilient, and significant. They are, in other words, self-generated narcissistic supply.

Thus, paradoxically, the worst his anguish and unhappiness, the more relieved and elated such a narcissist feels!

In extremis, when all these default behaviors and solutions fail, or when only negative, fake, low-grade, and static narcissistic supply is to be had, the narcissist “falls apart” in a process of disintegration known as decompensation (the inability to maintain psychological defenses in the face of mounting stress.) This is accompanied by “acting out”: when an inner conflict (most often, frustration) translates into aggression. It involves acting with little or no insight or reflection and in order to attract attention and disrupt other people’s cozy lives.

The dynamic forces which render the narcissist paralyzed and fake—his vulnerabilities, weaknesses, and fears—are starkly exposed as his defenses crumble and become dysfunctional. The narcissist’s extreme dependence on his social milieu for the regulation of his sense of self-worth is painfully and pitifully evident as he is reduced to begging and cajoling.

At such times, the narcissist acts out self-destructively and anti-socially. His mask of superior equanimity is pierced by displays of impotent rage, self-loathing, self-pity, passive-aggressiveness, and crass attempts at manipulation of his friends, family, and colleagues. His ostensible benevolence and caring evaporate. He feels caged and threatened and he reacts as any animal would do: by striking back at his perceived tormentors, at his hitherto “nearest” and “dearest”. 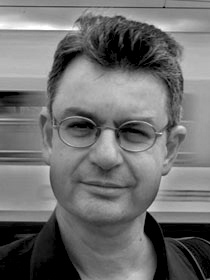 Sam Vaknin (http://samvak.tripod.com ) is the author of Malignant Self-Love: Narcissism Revisited and After the Rain – How the West Lost the East, as well as many other books and ebooks about topics in psychology, relationships, philosophy, economics, and international affairs. He is the Editor-in-Chief of Global Politician and served as a columnist for Central Europe Review, PopMatters, eBookWeb, and Bellaonline, and as a United Press International (UPI) Senior Business Correspondent. He was the editor of mental health and Central East Europe categories in The Open Directory and Suite101.