A Classification of Abusive Behaviors

Posted on June 6, 2011 by victor in Abuse Recovery 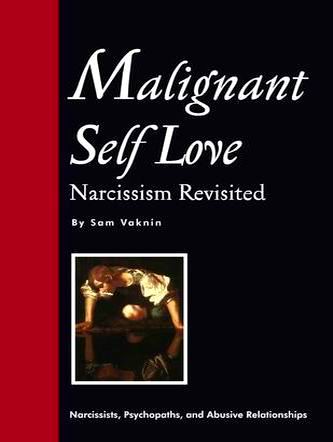 Abusive conduct is not a uniform, homogeneous phenomenon. It stems and emanates from multiple sources and manifests in a myriad ways. Following are a few useful distinctions which pertain to abuse and could serve as organizing, taxonomical principles (dimensional typologies) in a kind of matrix.

1. Overt vs. Covert abuse
Overt abuse is the open and explicit, easily discernible, clear-cut abuse of another person in any way, shape, or form (verbal, physical, sexual, financial, psychological-emotional, etc.).

Covert abuse revolves around the abuser’s need to assert and maintain control over his victim. It can wear many forms, not all of which are self-evident, unequivocal, and unambiguous.

2. Explicit vs. Stealth or Ambient abuse (Gaslighting)
A more useful distinction, therefore, is between explicit (manifest, obvious, indisputable, easily observable even by a casual spectator or interlocutor) and stealth (or ambient) abuse, also known as gaslighting. This is the fostering, propagation and enhancement of an atmosphere of fear, intimidation, instability, unpredictability and irritation. There are no acts of traceable explicit abuse, nor any manipulative settings of control.

3. Projective vs. Directional abuse
Projective abuse is the outcome of the abuser’s projection defense mechanism. Projection is when the abuser attributes to others feelings and traits and motives that he possesses but deems unacceptable, discomfiting, and ill-fitting. This way he disowns these discordant features and secures the right to criticize and chastise others for having or displaying them. Such abuse is often cathartic (see the next pair of categories).

Directional abuse is not the result of projection. It is a set of behaviors aimed at a target (the victim) for the purpose of humiliating, punishing, or manipulating her. Such abusive conduct is functional, geared towards securing a favored and desired outcome.

4. Cathartic vs. Functional abuse
While pair number (3) above deals with the psychodynamic roots of the abuser’s misbehavior, the current pair of categories is concerned with its consequences. Some abusers behave the way they do because it alleviates their anxieties; enhances their inflated, grandiose self-image; or purges “impurities” and imperfections that they perceive either in the victim, or in the situation (e.g., in their marriage). Thus, such abuse is cathartic: it is aimed at making the abuser feel better. Projective abuse, for instance, is always cathartic.

The other reason to abuse someone is because the abuser wants to motivate his victim to do something, to feel in a certain way, or to refrain from committing an act. This is functional abuse in that it helps the abuser to adapt to his environment and operate in it, however dysfunctionally.

5. Pattern (or structured) vs. Stochastic (or Random) abuse
Some abusers heap abuse all the time on everyone around them: spouse, children, neighbors, friends, bosses, colleagues, authority figures, and underlings. Abusive conduct is the only way they know how to react to a world which they perceive to be hostile and exploitative. Their behaviors are “hard-wired”, rigid, ritualistic, and structured.

Other abusers are less predictable. They are explosive and impulsive. They have a problem with managing their anger. They respond with temper tantrums to narcissistic injuries and real and imaginary slights (ideas of reference). These abusers appear to strike “out of the blue”, in a chaotic and random manner.

6. Monovalent vs. Polyvalent abuse
The monovalent abuser abuses only one party, repeatedly, viciously, and thoroughly. Such abusers perpetrate their acts in well-defined locations or frameworks (e.g., at home, or in the workplace). They take great care to hide their hideous exploits and present a socially-acceptable face (or, rather, facade) in public. Their are driven by the need to annihilate the object of their maltreatment, or the source of their frustration and pathological envy.

In contrast, the polyvalent abuser casts his net wide and far and does not “discriminate” in choosing his prey. He is an “equal opportunity abuser” with multiple victims, who, often, have little in common. He is rarely concerned with appearances and regards himself above the Law. He holds everyone – and especially authority figures – in contempt. He is usually antisocial (psychopathic) and narcissistic.

7. Characteristic (personal style) vs. Atypical abuse
Abuse amounts to the personal style of most Pattern, or Structured abusers (see point 5 above). Demeaning, injurious, humiliating, and offensive behavior is their modus operandi, their reflexive reaction to stimuli, and their credo. Stochastic, or Random abusers act normatively and “normally” most of the time. Their abusive conduct is an aberration, a deviation, and perceived by their nearest and dearest to be atypical and even shocking.

8. Normative vs. Deviant abuse.
We all inflict abuse on others from time to time. Some abusive reactions are within the social norms and not considered to be indicative or a personal pathology, or of a socio-cultural anomie. In certain circumstances, abuse as a reaction is called for and deemed healthy and socially-commendable.

Still, the vast majority of abusive behaviors should be regarded as deviant, pathological, antisocial, and perverse.

It is important to distinguish between normative and deviant abuse. A total lack of aggression is as unhealthy as a surfeit. The cultural context is critical in assessing when someone crosses the line and becomes an abuser.
About the Author

Sam Vaknin is the author of Malignant Self-Love: Narcissism Revisited and After the Rain – How the West Lost the East, as well as many other books and ebooks about topics in psychology, relationships, philosophy, economics, and international affairs. He is the Editor-in-Chief of Global Politician and served as a columnist for Central Europe Review, PopMatters, eBookWeb, and Bellaonline, and as a United Press International (UPI) Senior Business Correspondent. He was the editor of mental health and Central East Europe categories in The Open Directory and Suite101. Be sure to visit Sam’s Web site as well .