Posted on November 12, 2011 by victor in Harper Mac, Inspirational

“I am not discouraged, because every wrong attempt discarded is another step forward.”
— Thomas Edison

Passion. The term conjures different interpretations for each person, and for many, the concept of living a passionate life is disquieting. To live such a life, however, doesn’t mean acting with abandon or blinding obsession, but one that faces, even embraces, failure.

Somehow—and the explanations are endless and speculative—Americans, if not most on the planet, have responded to change in a most puzzling manner. Amid one of history’s many compressions of development, uncertainty, and sea changes in society, an obsession with not failing has eclipsed the quite normal state of accepting failure as a necessary part of progress. I say normal in the context of learning from mistakes, not repeating the same errors; but in what seems to be a contradiction to that perspective, we’ve run from the very idea of failing despite its known consequences. Nowhere is this retreat more pronounced than in attitudes about education.

In praise of discovery

At the cornerstone of all learning is the state psychologists deem cognitive dissonance. As a very abbreviated, incomplete, but working definition, no one learns new concepts or skills until they reach a level of frustration that forces them to go beyond what they already know. Think back to a time you got lost driving in a new area. Through the process of identifying that you were lost, orientating your location and carrying out a plan to find your way, you took in a significant amount of new information and used it to solve a unique problem. At that moment, your brain built a pretty good virtual map of the new area. You not only avoided becoming lost, but figured out alternate or even more efficient routes. This universal experience is evidence in support of learning from mistakes, or failure, if you must.

Is it on the test?

Instead of respecting the known benefits of discovery, a bizarre wave of test-obsessed schemes has effectively curtailed many educational programs that accepted failing as a natural, even necessary part of discovery learning. The age  standardized testing  may ultimately accomplish one finding, that being how testing’s biggest casualty has been learning. Why? Though many reasons and counters can be offered at this point, the failure to embrace—failure—seems a good starting point.

The motherly qualities of necessity

Perhaps coincidentally, technology has exploded in its ability to help deliver learning at approximately the same time standardized testing has grown to such a powerful industry. Ironically, many of the techno-giants of our age never finished college, and in some cases, even high school. Through their innovations, though, new generations are turning to  online education—many doing so years after the end of their high school experiences—as a preferred means of gaining skills, knowledge and degrees. One aspect of why adult learners have embraced this means of education is the focus by schools of providing engaging curriculum that rewards the gains made by first failing and then learning from one’s mistakes.

In this current paradox of knowing the value of errors in a time when knowing only the right answer has taken on religious overtones, those taking the lead in teaching may have the last word in learning. By isolating the risk-adverse cult of standardized testing by generating new, discovery-filled education technologies, those who fail to appreciate the role of mistakes in our world may be left with few practitioners. The final question will be whether or not those who championed the high-stakes testing culture will learn from their own mistakes. 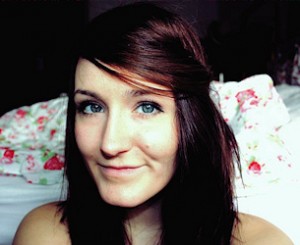 Harper Mac loves to write about education. Making time to study and play with her children can be difficult to balance. She feels as if finding the balance is very important to personal health. She loves to learn more about eco-friendly living in her spare time.