Posted on June 4, 2019 by RTS Editor in Relationships

I was seventeen the first time I went to blind camp. I didn’t want to go! I felt I was too old.  “How come I’m only doing this now? I bet all the other kids at camp have been going there for years,” I protested to mom. She shrugged. This was the first time she’d heard about the camp, and her and Dad thought I’d enjoy it. Fat chance, but I relented and decided to give it a shot. “What the heck do I pack for three and a half weeks at a blind camp in Vermont?” I asked. She handed me the letter somebody had sent her about it. “It tells you what to bring here.” And that’s exactly what I brought, three pairs of jeans, three or four shirts, one bathing suit, etc. Stupid move! I fell early on and ripped a pair of jeans. I was down to two. They did the kids laundry, yeah, nonetheless, two pairs of jeans wasn’t enough. 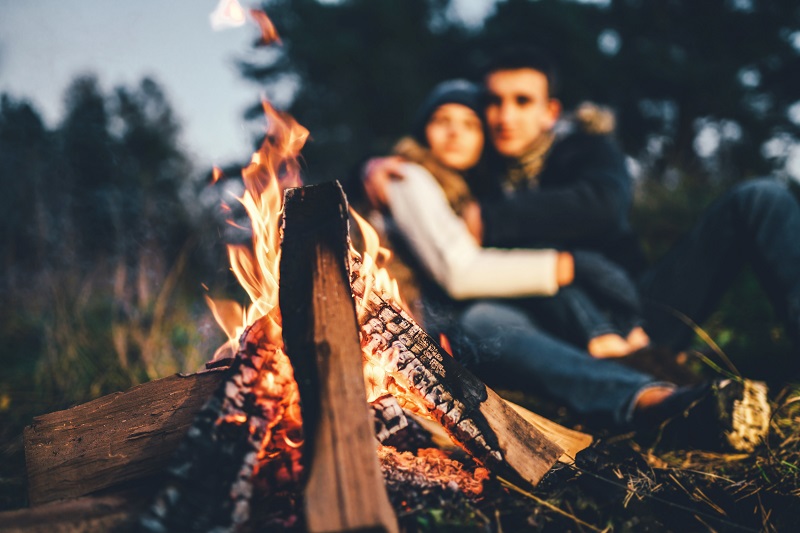 In early August, Dad drove me to the camp bus pick-up stop in Brooklyn. I was shy and not very good at making friends. I didn’t know anyone on this camp excursion. I’d also only been away from home once. That was in sixth grade when the entire class went to a camp for a week in the Poconos. I knew people on that trip. There were a lot of, what I felt were stupid, restrictions put on my activities at the Pocono’s camp because of my disabilities. Maybe the blind camp would be different.

Before I even said goodbye to Dad and boarded the bus, I made a new friend. I’m not sure how it happened. Denise was a year younger than me and seemed to be an important and popular member of the camp group. We became best friends. “You can sit next to me until we get to Massachusetts,” Denise told me. “That’s where we pick up my boyfriend Elwin and his brother Wayne,” she explained. Where would I sit after that, I thought, but didn’t say it out loud. I had five WHOLE hours to sit next to my best friend.

When we picked up the two boys and some other kids in MA, I gave up my seat to one brother and landed up sitting next to the other. What was I going to do now? I think Denise engineered this. Well, like I usually do when I want to be invisible, I lowered my head and closed my eyes, but Wayne started talking to me. “?” “Huh?” I asked, my head shooting up. “Did you say something to me?” Of course, he had. Holy cow, this cute guy was talking to me and he was nice. The next three hours of the ride to Vermont went too fast, but Wayne and I stuck together for the three and a half weeks there. We were a couple. Holy cow, I had a boyfriend, my very first one.

There was another girl at camp who liked Wayne the same way I did. He liked her too. I think they’d been going out in the past. She was older than him and a counselor. She was in the cabin next to mine. One time when Wayne went into town, he brought me back a red rose. I put it in a vase in the window. Denise told me that Wayne also gave a rose to that counselor in the next cabin. I was crushed but I wasn’t giving up. He was my boyfriend! I confronted him and he told me there was nothing between them. She was just a friend. Okay, I wasn’t jealous, or I was going to try not to be.

Wayne turned sixteen at camp that summer. I threw him a big party in the gymnasium. He loved it. I don’t remember any activities at camp, but I’m sure we must have done something. The time went fast. I, a super shy girl, was very popular during my time there. At the end of camp banquet, I wrote a poem for the couple who ran the place. Wayne and Elwin, two hot looking guys, did a muscle flexing segment. I married every boy at camp. I have index cards wedding licenses. I had a ball that summer. It was time to board the bus going home all too soon. I started out sitting next to Wayne. I noticed that his hand was clenched tight. I kept teasing him to let me see what he was hiding in it. Finally, he relented and opened his hand. There were five letters written on his palm, wng4e (Wayne and Gloria Forever). Gloria was the counselor in the next cabin. I was crest-fallen. I got up from my seat and went back to where Denise and Elwin sat. He joined Wayne, while I slumped down next to Denise.

Somehow Wayne and I got back together. The following year, he came to Long Island for my prom and again later in the summer of 1982. That’s when I broke up with him. The long distance relationship was too stressful. I never went to blind camp again after that one time. I had no need to, but it gave me memories that I’ll always have.

Trish Hubschman has published three books with America Star Books: a short story collection of time travel and romance stories called Through Time and the first two books in the Tracy Gayle/Danny Tide series: The Fire and Unlucky Break. Trish attended college at Long Island University’s Southampton campus, earning a BA degree in English with an emphasis in writing. She lives on Long Island with her husband and two dogs. Her website is:  https://www.dldbooks.com/hubschman/.