Posted on August 18, 2019 by RTS Editor in Spirituality

Sharlene has been a close friend since early graduate school days. As with my graduate school friend Vivian, we went through study groups together, obtained our licenses, and worked in the therapy field during the same period of years. Sharlene took on the challenge of working sometimes in a hospital setting with groups, while at other times she worked in a smaller practice. Although we did not live near each other, we lived close enough for breakfast down along the coast every so often. This story is in Sharlene’s own words.

My life has been a series of events that have sometimes seemed insurmountable, really hard to get over but I have gotten over and through them. As long as I think that way, I’m okay. I got married and I had my kids and I think I wanted to escape from where I was raised. I had just gotten out of high school a short time before we married. After I had my first daughter, I went into a horrible depression, which no one recognized. I was horribly depressed for at least two years. The message went through my head that no one ever went to psychiatrists. I finally wrote to my grandmother and told her that the only thing I wanted for Christmas was for her to pay for me to see a psychiatrist. Nobody mentioned it to me but somehow inside I just knew I needed that help. 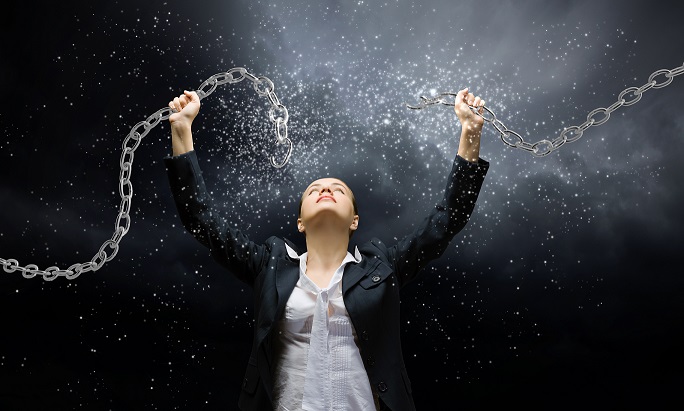 I ended up in the hospital having shock treatments; it was depression and it wasn’t recognized back then as depression, so I had a horrible fear that I was going to harm my child, right after she was born until she was at least two years old. Postpartum depression was just not recognized back then, but thank God I recognized what was going on; thank God that I was strong enough. I left the hospital after the shock treatments, and right after that, my father committed suicide. That was really hard because I always felt it was my fault, because he told me he was going to do something to himself and I didn’t get it.

My husband was drinking a lot at that time and leaving me alone with the babies all through the week. It got to be too much and I wound up renting out our house, packed everything up, and got on a plane with the two kids and headed to California. I went to be near my mother and grandmother once again. I had no other family to go to; I knew I had to escape my husband with his lifestyle because I was just too isolated there with him, mostly alone with the kids. Mother did not have any capacity whatsoever to be truly supportive. She never said I’m going to work as your mother and you’re going to work as my daughter, and we’re going to make it some way.

Then my husband came out. My husband, my mother, the kids, and I moved to an apartment together, although my mother soon moved out and went to live with my grandmother and step-grandfather. All of that was a big change. It was leaving Texas, coming to California. Attitudes were different here. There was a lot more anonymity versus the small town I had come from. This was a huge relief and a great blessing. It was great to live in an area where nobody cared what I did, what I wore, compared to that small town where everyone was a busybody. I wanted to come out and get lost in this world. This was my chance, where I could just live. My husband was an alcoholic from day one. My dad had been one, so it was kind of what I was familiar with.

My husband and I had separated various times throughout the marriage, particularly in Texas. We eventually bought a new home, kids started school and I got really busy with them at the school, then we adopted our son. My mother was thoroughly against it and she wrote me a letter not to adopt. I’m not sorry I did as I look back on things. I stayed with my husband and at that time, I started going to school, taking one course at a time and gradually finished.

At that point, my mother and grandmother were encouraging me to go on to graduate school in order to find some means of supporting myself. Money was not the issue, but mother had no way of being supportive enough to say let’s get you and the kids out of this situation. I was the only one in denial that my husband had been cheating on me since day one. I finished my associate degree, got my bachelor’s, and then I saw him with someone else. I knew it was over, the timing was just right. I divorced him.

I left him, I got a job as a mental health assistant, and it was the best thing that ever happened to me outside of my kids. I was encouraged on the job to go for my master’s degree. It was the only way to progress in that field. I started the masters and was really happy to progress through it. That’s where we met and I really believe that God has a plan for everyone to be in someone’s life at a certain time. We went to school together and did all that work, I see it as a blessing that we were in each other’s lives at that time.

I believe in God and I believe that I am a spiritual person. I’ve had a lot of major depressions and I’ve sought and received help to progress onward. I have all my life at various times used psychotherapy, as well as medications through a psychiatrist. This didn’t come from my family. It came from someplace inside me knowing that I needed help in order to progress in life.

At that moment, I had broken the chain of events in my father’s history, because my grandfather had committed suicide and my father also and I’ve broken the chain. I’ve instead chosen to get help when I’ve needed it and that’s made all the difference. I believe it was God’s intervention with my first child, with each of my children, to make it through school, and to have as good a friend as I have in you.

I think spirituality has gotten me through a lot of these things. I sometimes wonder how I’ve gotten through all these things, most recently like those job changes, but I do get through it, and I bounce back. That’s the main thing, I bounce back. All of us have a certain constitution for handling stress. I think I was born not being able to handle too much stress. A lot of times I want to give up when I get under a lot of stress. I want to go play, or go somewhere else. Even though I do that, I still come back, I still keep going. I do what has to be done, and I take care of things. Each time I go through something that’s really stressful and I go through a deep depression, I pray to get out of it and I pray to be able to keep on going, and that’s just what I do.

Even with the depression she described, Sharlene found the fortitude for action, tenacity, and perseverance. The person most supportive was her grandmother who provided therapy help when needed, and this grandmother-granddaughter relationship provided a foundation of resilience in Sharlene’s life. Sharlene found the inner strength to take action such as her return to school, which allowed for independent career development, and to divorce her husband. Her acceptance of the reality that her mother remained unsupportive was another factor in Sharlene gaining her own strength to follow through on goals.