Magnesium as a Nootropic and Brain Health Supplement

Magnesium is a dietary mineral that is often overlooked in the dietary supplement industry. While magnesium does occur naturally in many food sources, it is one of the most common nutritional deficiencies in the world, particularly in western diets.

This is because ­the western diet tends to be quite high in processed grains and low in the sort of high fiber foods in which magnesium is most concentrated. Some food sources that are high in magnesium include nuts and seeds, legumes and beans, and leafy green vegetables such as spinach and kale.

Magnesium is an essential dietary nutrient and plays hundreds of roles in the body. It is critical for the functioning of all cells as well as over 300 enzymes processes.[https://ods.od.nih.gov/factsheets/magnesium-HealthProfessional/] It’s also essential for regulating insulin and glucose levels, maintaining heart and circulatory health.

Most notably, however, magnesium is crucial for maintaining brain health and wellbeing. It may be one of the most overlooked supplements for promoting mental health and is something many people should consider supplementing, as it can be difficult to acquire from diet alone. 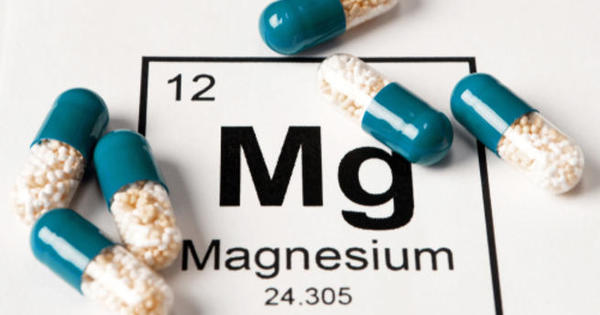 There are countless different formulations of magnesium available.

Magnesium is poorly absorbed in the gut and the bioavailability is quite low. The problem is that most forms need very high doses to absorb a sufficient amount of magnesium, which in turn increases the risk of GI side effects. In fact, magnesium citrate and magnesium oxide are commonly used as laxatives even though that is not magnesium’s intended effect. Their bioavailability is poor and require very high doses to be effective.

As such, one of the most effective forms of magnesium is magnesium glycinate. This form is ideal because it is fairly well-absorbed and does not have any GI side effects, or side effects in general. Interestingly, the gylcine contained therein has an added bonus of reducing anxiety and promoting restful sleep.[https://onlinelibrary.wiley.com/doi/full/10.1111/j.1479-8425.2006.00193.x]

Due to this synergistic combo of magnesium + glycline, it is an increasingly popular form of magnesium to take. It may indeed be one of the most effective supplements on the market for safely and effectively reducing anxiety and improving general mental health.

Alternatively, another way to efficiently absorb magnesium is to take a bath in Epsom salts, which is magnesium sulfate. The skin can actually absorb magnesium very rapidly and will absorb 100% of the magnesium that your body requires. While it’s hard to know if this the most cost effective way of getting magnesium into your system, it’s a viable alternative and can ensure you get all the magnesium you need without worrying about dosages or side effects.

Magnesium has some unique properties at the level of the brain. It acts as an neuroprotective agent against glutamate toxicity, which leads to numerous improvements in mental function. Specifically, it acts as a mild NMDA antagonist which and prevents cell damage and death (excitotoxicity).[www.ncbi.nlm.nih.gov/pmc/articles/PMC1280813/]

When taking magnesium glycinate specifically, this relaxing effect on the brain is increased. Glycine is an amino acid that actually functions as a neurotransmitter in the brain. Glycine functions very similarly to GABA which is a very common target for many anxiety-reducing drugs such as Xanax. In this case you are merely supplying the brain with glycine, as it only provides as much glycine as the brain needs.

One of the most overlooked roles of magnesium, in my estimation, is its role in treating mental health. A lack of magnesium has been linked to ADHD, anxiety, stress, insomnia, and depression.[www.ncbi.nlm.nih.gov/pubmed/18825946] Studies have shown a reduction in all of these symptoms upon magnesium supplementation, further demonstrating its critical function in brain health.

In my own experiences, magnesium has been a game changer. If there was only one supplement I could take for the rest of my life my pick would go to magnesium without question. I take it nearly every night to help me wind down into a calm and relaxed state of mind. Sometimes I also take it when I’m experiencing strong anxiety and has been an effective way of treating it every single time. Generally it’s great for winding down at the end of the day and quieting an overactive mind.

In short, the benefits of magnesium supplementation are quite extensive and it’s a very useful supplement for almost anyone to take. It’s difficult to acquire from diet and as such many people may benefit from it. The best thing about magnesium is that it can be used daily without ever losing effectiveness. I’ve been taking it every day for years and every time it does exactly what I expect. It’s an excellent way to wind down at the end of the day and get yourself ready for sleep. It can also be effective for exercising, social anxiety, and getting rid of the jitteriness associated with caffeine.

One thought on “Magnesium as a Nootropic and Brain Health Supplement”