Posted on January 25, 2023 by RTS Editor in Psychology 1 Comment

Like Charles Dickens did with his novels, Bob has converted this book into a series of posts, free on this site, because he wants to be of benefit. In the eighth post in his series, Bob discussed the importance of social connectedness for keeping depression at bay. The following is the 9th excerpt from his book and it illustrates the quest for meaning via correspondence with young minds who seek a voice of wisdom and experience. 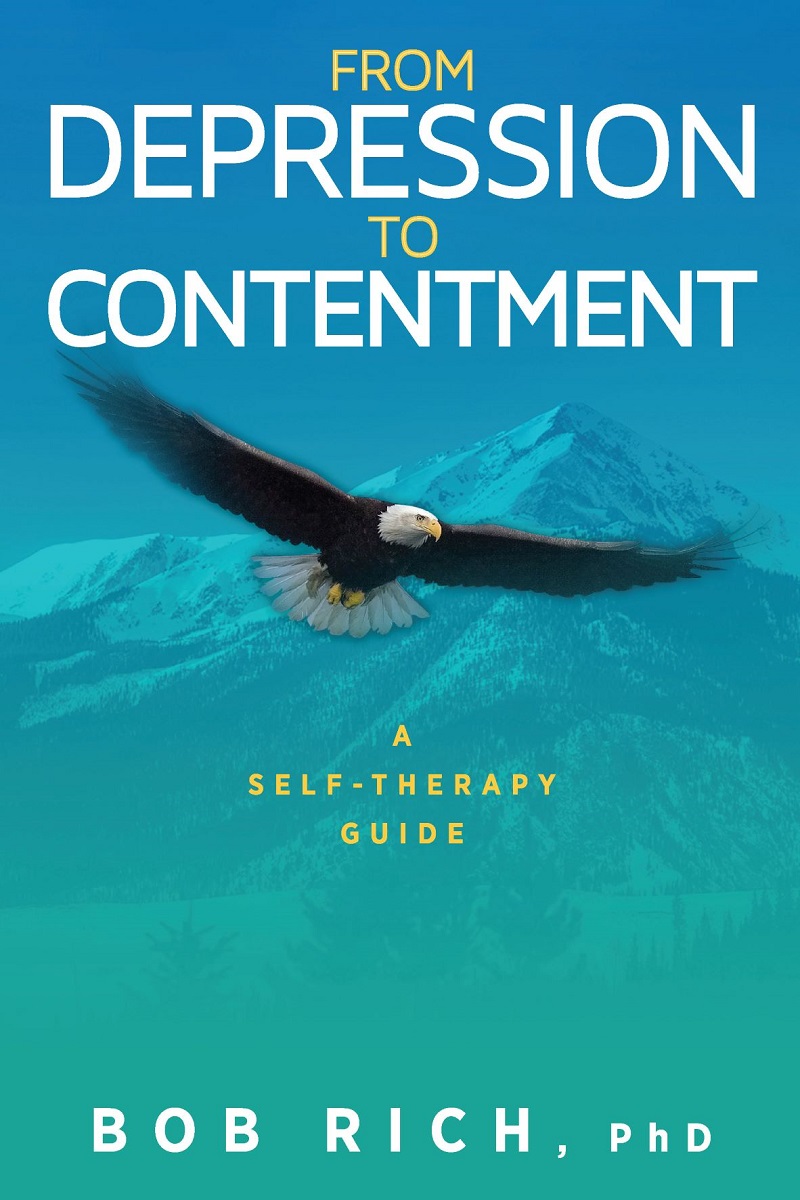 Two or three times a month, I get a desperate email from a young person. Here is the best of them, with only the name changed:

Hey, Bob, my name’s Crissie, I’m 15, and I desperately need your help, although I have to admit, I feel guilty loading a stranger with my problems. I feel guilty loading them on anyone at that. Anyway, here’s my problem: I have no joy for life. I don’t believe in any god, I’m an atheist, and life seems totally pointless to me, and completely devoid of meaning. I’m turning 16 next week, and frankly I’m amazed I’ve made it thus far without jumping in front of a bus. I feel numb, and worthless, and empty. I think I’m having what people call an existential crisis, and, now that I’ve reached it, it feels like the ultimate truth, that all those things I enjoyed in the past were distractions from the pointlessness and absurdity of life and existence. I wouldn’t care if I were alive or dead, and I’ve felt this way for well over a year. I feel like every day I’m alive is just a depressing wade through time, which doesn’t exist anyway, it’s just a concept, an illusion like everything else, like romance, and society, and purpose.

I want to be a psychologist when I grow up, if you manage or care to persuade me that there is something to live for, because I feel like I’m in touch with the madness. No one understands me, they can’t see the bigger picture, they can’t see their existence from a higher perspective, but I guess it’s better that way, because then they can get lost — no, remain lost — in the oblivion, and not worry about these things and enjoy life. It’s too late for me though. And I’m a mess. I’m impatient, and I can’t have small talk, I can’t bear to have to think about things that now seem completely irrelevant. Everything seems superficial and shallow, and I’ve lost trust in the world — but perhaps trust is a euphemism for naivety.

Everything seems so predictable, and stupid, and selfish and cruel, and insane. The reason I’m telling you all this is because, after what I’ve read on your website, I think you’re the only one who could understand me, and I really hope you do. I feel so alone, and everyone is turning out to be disappointing.

so, goodbye, I hope you reply

We ended up exchanging many emails, some even years later when she was at University, studying psychology. Here is my first reply:

What you don’t realize is how intelligent you are. I suspect, just from this brief note, that you have the ability to do anything you put your mind to.

This has (rightly) led you to question all the falsehoods of society, including the hypocrisy of those who claim to worship God but do the opposite of what their religion commands.

Most people who go through an existential crisis do so in adulthood. You have reached this turning point before 16 years of age. This is an amazing achievement.

By the way, I don’t mind you asking me for help. I feel privileged that I get such calls of desperation several times a month, and often I am able to make life a little easier for the other person. In my everyday life, people pay me in order to deal with similar issues, but there again, my joy is in their success, not in the money I earn (although that’s useful for paying the bills).

Based on the evidence you have considered so far, you have rejected religion. But that doesn’t mean that life is meaningless and has no purpose.

A potato grows deep in the forest. It sets flower, but the flower bears no seed. All summer the flower is there, but no one sees it, not even a bird. Comes the autumn, and the flower dies.

It was still beautiful. It still existed, and had a right to that existence.

To be a good psychologist, it is necessary to have suffered. Otherwise, how can you have empathy for sufferers? You can do no good by being superior and pitying, only by feeling equal to your client, although farther along the path to a good life. So, look on your current stage as an apprenticeship. You’re learning what it is like to feel depressed, to drift rudderless, so that later on, once you have finished your education, you can help others.

Crissie, I also reject organized religion. And I don’t believe that there is a Father in the Sky, a Person who pulls the strings of earthly puppets. But I have found a great deal of evidence that there is a God, that there is purpose and meaning. God is not out there, but within your heart and mine. It is the God within you that looks at society and rejects the craziness. Since that’s all you have encountered in your short life, you have rejected everything. But there is more than greed and selfishness and aggression and competition. There is also selfless giving, and hope, and beauty. Look around you. Apart from the creations of humankind, we live on a beautiful planet. And us humans have created beauty too, in visual arts, and music, and dance, and the music of words.

So, Crissie my dear, don’t look for meaning and purpose out there, supplied by someone else. Do what I’m doing, and look within your heart. It is there.

For me, part of the meaning of my existence is all the kids in the world. You’re all my grandchildren. 🙂

By coincidence (if there is such a thing), I got a cry for help a week later, from a British medical student. His issues were so similar that I sent the same answer to him.

My words pulled both these fine young people out of their dark hole. The student wrote:

I never thought of it like that, that my suffering now is what can help me in future.  I spent so long worrying about whether or not there will be a tomorrow or a future or is my lifespan ending.  But as this has been going on for so long (about 8 months) I am now beginning to realise just how much time I have wasted in worrying; worrying that, in hindsight, has been pointless. If I had spent more time focussed and less time worrying, indeed that time could have been used so much better. So, I found it very encouraging to look at it in that way, that all this will only serve to make me a better doctor myself.

I hope my words give you some guidance, too. My final email to the medical student said, “My friend, you can pay me by passing the love on when it’s your turn to be a teacher.” And the same to you, if you should find solace and help in this book.