Some Early Signs of Dementia and Preventive Measures against It

Dementia refers to a range of symptoms which affect a person’s cognitive functioning; especially their capacity to remember, reason and think. Although it is found in the elderly population, it is important to note that it is not a normal part of the aging process—it is a disease. It is also believed to get worse over time.

The brain’s functions are altered and deteriorate while a person grows old, but people with dementia experience this change more quickly.

There are 10 generally accepted early signs of dementia. If a person will be diagnosed with the condition, then they must have reported at least two of these symptoms. The symptoms must also have affected them in a manner that affects their activities of daily living.

Memory loss: This is a very common sign of dementia. Individuals experiencing an onset of dementia typically have trouble recalling information such as dates, events or new information. While everyone experiences memory loss with old age, a person with age-related memory loss will recall the information later, as opposed to the individual with dementia. 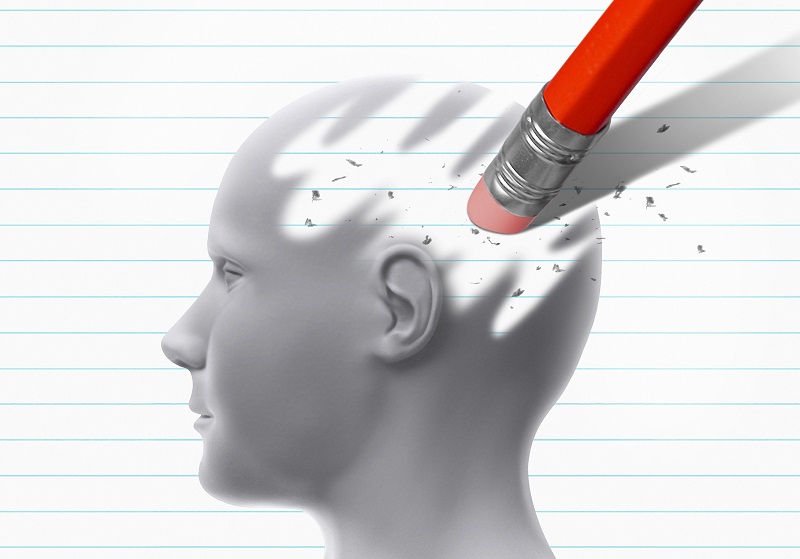 Difficulty doing familiar tasks: Tasks that were usually done without fuss on a regular basis now become difficult. These tasks could include fixing themselves a cup of tea or operating a television set.

Being confused about time or place: Individuals experiencing an onset of dementia are usually confused about situations involving a place and time. They could totally forget where they are, what time of the day it is or if an event is occurring in their present moments, was in their past or is set to occur in the future. Hence, they could get missing. To take care of your elderly that may be experiencing this, adult day care software may be really helpful.

Problems speaking or writing: There may be problems with grammar and punctuation. The individual’s handwriting may even become illegible as the dementia progresses. Holding a conversation might also become really difficult.

Issues with comprehending visual information: It becomes very hard to process visual information. This could include the length of a distance, color differences or even reading problems. Driving might become really difficult for some.

They Keep Misplacing things: An individual experiencing dementia may find it difficult to recall where they dropped objects used in their daily activities, as well as other objects generally. These objects could include their car keys, remote control or even cash. They even go on to accuse others of stealing these objects from them.

Withdrawal from socializing: They typically do not want to relate with the people in their immediate environment and they are generally withdrawn. Even if others try to speak to them, they do not pay attention.

Poor decision-making and judgment skills: They could get cheated while purchasing things, as they pay could be found paying too much or buying things they do not need. Their sense of judgment becomes impaired to the extent that even the judgment of their own personal hygiene is affected.

Changes in mood or personality: Mood swings and personality changes are also very common with them. Someone who had a totally happy and courageous personality could become fearful, irritable, anxious or even depressed.

How to Prevent Dementia

The signs of dementia definitely makes one wonder what can be done to prevent the occurrence of the disease.

Dementia does not have a known cause, hence it is difficult to prevent. However, the risk factors of dementia are known.

The risk factors include:

Hence, by modifying the aforementioned risk factors, the chances of having dementia can be reduced up to a reported 30%.

These risk factors could be modified by:

Asides preventing dementia, your overall health would benefit from these measures.