I Didn’t Remember I Was Raped

Posted on November 10, 2018 by RTS Editor in Abuse Recovery

I couldn’t remember much of anything from my childhood. My mother was a heroin addict, and no matter how much she may have loved us, her addiction made her love the high even more. This allowed for a lot of dark days and frightful nights for my older brother and I. We distracted each other under the storm of malicious fights, trip-sitting, police, CPS, seizures, over-doses, and abuse. However, the young mind’s natural order to repress trauma is a powerful tool. All I saw was black when I thought back to those years. I didn’t remember the sexual assaults. I didn’t remember the rape. 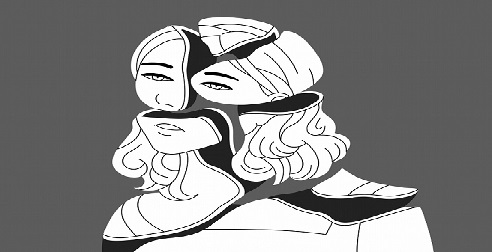 My brother and I were separated when I was seven and he was eleven. My mother fled to Canada, left me with my dad and took my rock away. That was the last I’ve seen of them until I was much older. As I started to grow up, I suffered from a deep depression that caused me to fall into heavy eating disorders which were accompanied by an intense sense of hatred that led to self-harm. I didn’t even dance in my room like I used to! This debilitative state came as a destructive wave that wiped out any ambition, positivity, self-love, or any desire to live. I was shocked and confused by this person I unwillingly became, for my nature was actually quite positive. I found myself in my darkest moments asking over and over again, “Why am I like this?!” It broke my heart not knowing what came over me or how to control it. However, I chose to never turn to pills, and never considered therapy. Instead, I decided to turn to travel.

My two-year excursion helped me feel a sense of happiness again, but that didn’t last very long. It was my first time trying to be intimate and I experienced a horrific trigger. My body froze, I hyperventilated, and my tears soaked the sheets. I did feel bad for my partner at the time, but he was really supportive. We had no idea what was happening to me, I couldn’t remember anything, but the bodily sensations must have triggered my trauma. This continued to happen every time we tried. One night, he held me and asked tentatively in my ear, “When did it happen?” I’m not sure I’ll be able to fully articulate what happened to me within that very moment. I was hit. Hit hard with flickering scenes that played a film of lucid memories. It was overwhelming. I remembered everything. The hands, the force, the helplessness, the lack of control, all of it. Even though I remembered, I still didn’t believe it to be true. I felt like I was fabricating it to either gain pity or attention. So I had to ask. I had to find out for sure.

I wrote to my mother for the first time. I’ll tell you, it was the strangest thing trying to remember if I was actually raped or not. Did I really want to know? Would you? I decided I did. She confirmed my inquisitions. Although this was a difficult thing to learn, I now knew there were steps that could be taken in order to stop those unwanted hands from continuing to rape my life away.

Though the assaults happened to me at a young age, the hands of my mother’s boyfriends still gripped at me, still took advantage of my innocence even as I was older. Since I couldn’t recall what happened, I could never say a word, even if I wanted to. Their secrets were safe in the corners of my mind whilst I was still being attacked. However, when I finally did remember, I nervously told my friend about what happened to me. It was an extremely emotional scene since it was my first time ever saying it out loud. But I wanted that control back. I remember feeling extremely shameful and guilty, as if it were my fault. My friend tightly gripped my shoulders and firmly spoke, “That shame and that guilt? That belongs to them, not you.” I can’t tell you how much I needed to hear that. An unknown weight was lifted and I realized that if I were unable to own up to my truth and verbally say that I was raped out loud, then all of my power still remained in the acts of evil men. I may have not had much power to prevent the assaults, but I did have the power to stop letting it affect me. I had to expose my scars in order to free myself.

Alora is a blogger, yoga student, and a world traveler. She comes from unconventional means and strives to use media platforms to raise awareness, not perfectionism. She hopes to make those who are seeking feel not so alone.