Darker Days – The History of the Home Cinema

Posted on October 22, 2018 by RTS Editor in Society and Culture

With the growing number of video demand platforms, including tablets and mobile phone devices, it can be difficult to remember a time without the ability to stream movies and TV shows on demand. Before 3D televisions, lavish block out curtains and surround sound systems; the concept of the home cinema enjoyed humble beginnings. Let us take a trip down memory lane to the good ol’ days, and uncover the rich history of the home cinema. 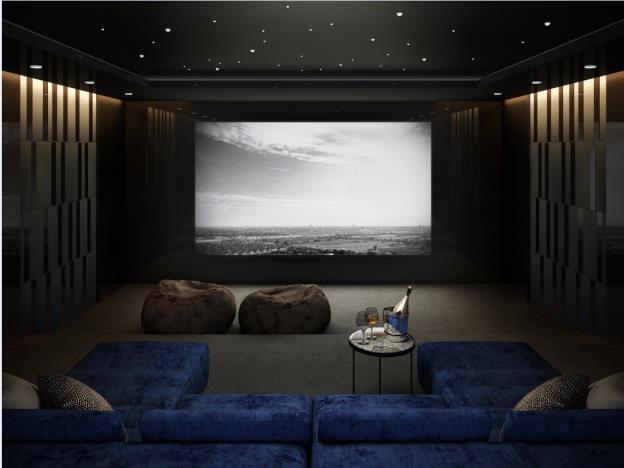 In 1933, only the richest could afford to purchase a television set due to the hefty price tag. It is believed that the first movie broadcast on home television was titled ‘A Crooked Circle’, airing on March 10 1993, for the lucky few who could afford a television at the time.

However, it wasn’t until the late 40’s in Britain, when broadcasting movies on television became commonplace; with many British movie production companies renting their new films to TV stations. Hollywood quickly followed suit, with over 4,000 titles being rented to television stations by the end of 1950.

Before Netflix and other platform-streaming services revolutionized the delivery of movies to audiences, VHS tapes were the staple of any home cinema. In fact, in 2001 enough VHS tapes were produced to cover the distance between the earth and the moon, 987 times over.

VHS tapes were first introduced in 1955, but carried a price tag of $50,000 per tape. In 1963, Sony developed a new version, with a price tag that was reasonable for the average homeowner. VHS continued their popularity over the next decades, until disc formats overtook the home cinema market. It is believed that the last movie to be produced specifically in VHS format was released in 2016 and titled “A History of Violence.”

It is believed that the first known home cinema system was designed and installed at a furniture store in Louisiana in 1974. This early home cinema was created by modifying a television to project a larger image, and by incorporating existing audio systems into the design.

Following this initial experiment, the sales of home cinemas in Louisiana began to take off. These sales exploded after industry leaders including Lucasfilm and Dolby Labs contributed their audio and screen technology at the 1982 Summer Consumer Electronics Show in Chicago, Illinois, to demonstrate to consumers how a theatre could look, and how movies would sound when played in their own home theatre.

The decade of the 200’s heralded a new era in home cinemas, prompted by the release of a new wave of technology. In fact, the 2000’s saw the development of high-definition video, Blu-Ray disc and 3D display technology. This era also shifted the way that home cinema viewers could purchase or stream their movie of choice. For example, modern Blu-ray players and internet subscription services including Netflix, allowed home cinema viewers more options in relation to how they could consume digital media from the comfort of their home.

Most importantly however, these developments meant that the home cinema was increasingly becoming an affordable option for the average homeowner on a modest income. With continuing price reductions on home cinema packages, having a dedicated home cinema room in the average house, was no longer a rarity.

The future of the home cinema has undoubtedly been called into question by the influx of individual streaming options now available to viewers. These changes have prompted many to question whether the once timeless ‘home cinema’ is a thing of the past, pushed out by mobile and other personal device streaming options.

Fortunately, however, many viewers still relish experiencing their favourite films in the traditional format. After all, what’s better than watching a blockbuster movie on the big screen? All in the comfort of your own home.

Amrita Bala is a writer, blogger and content creator hailing from Melbourne, Australia. With a penchant for research and exploration of esoteric topics, Amrita is always on the lookout for more pointless things to get excited about.