Posted on November 7, 2013 by Ernest in Society and Culture 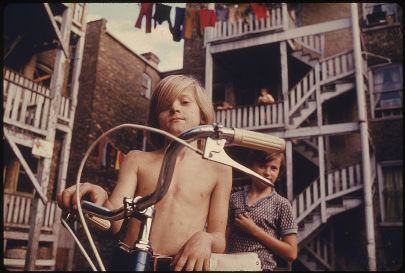 four. People in either of these categories are considered poor and generally qualify for various state and federal assistance programs, including food (such as Temporary Assistance for Needy Families) and healthcare (Medicaid). Roughly 15 percent of the population, or 49.1 million Americans, currently live in poverty.

Poverty comes laden with various health and psychological risks, and an impoverished person is more likely to engage in certain behaviors to alleviate their mind from the effects of their condition than someone of greater means. Many impoverished people also develop drug or alcohol abuse problems that directly stem from their financial status. Here is a look at how being poor can impact a person’s psychological behavior and influence their decision making process.

The Psychological Impact of Poverty

There are many who subscribe to the notion that individuals and families who live in poverty do so by choice. Those from this camp surmise that bad decision making leads to impoverishment, and that self-control and will power are needed to changing one’s fate. A 2012 report by The Salvation Army found that a shocking 27 percent of Americans believed poor people were poor because they are lazy and that forty-three percent of Americans felt that poor people could find work if they chose to do so. These attitudes serve to further stigmatize poverty and cast a dispassionate view of what effects poverty can have on an individual.

Psychologists believe that the long-term effects of poverty significantly impact the lives and prospects of the poor, especially for children who grow up in poverty. As an example, Stanford researcher Robert Sapolsky published a report in Scientific American in December 2005 entitled “Sick of Poverty.”The report discussed the psychological effects of poverty and its impact on health. Sapolsky found that a person’s socioeconomic status was directly related to their expected lifespan, and to the likelihood that they would fall victim to dementia.

Researchers at the University of Warwick found that the effects of poverty hinder a person’s cognition, due to the fact that the mental energy spent on poverty depletes energy that could otherwise be devoted to issues like education, work, and parenting. The researchers reported that the influence of poverty lowered a person’s IQ by at least 13 points. These losses affect other issues, such as sleep deprivation and chronic alcoholism.

People living in poverty are more likely to engage in risk-seeking behaviors as a condition of their socioeconomic status. As an example, a study linking poverty to risky sexual behavior among poor minority youth age 14-22 in 2002 found, at the very least, a causal link between such behavior and a person’s financial status. Additionally, people living in poverty tend to buy non-nutritious foods, smoke, and disproportionately suffer from diabetes, obesity, and cancer at rates higher than that of more affluent citizens.

Sandy Wallace is an aspiring lawyer with an interest in social issues. If you’re personally suffering from bankruptcy and would like to manage your debt properly, Sandy recommends trying a debt restructure.