How to Approach Underage Drinking

Posted on November 6, 2013 by Ernest in Addiction, Mindfulness

Many teenagers consider drinking alcohol a rite of passage or a rebellious act. Consequently, the dangers of underage drinking need to be properly presented by parents in order to deter them from alcohol. While peer pressure can tempt many teenagers to try alcohol, there are methods parents can employ to help their teen stand up to others that are engaging in underage drinking. 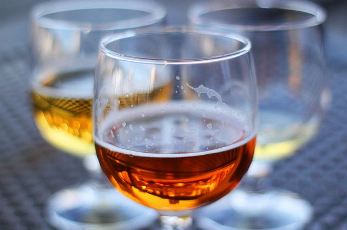 One of the best things society can do for teens is to educate them about alcohol. Teens need to learn from their parents and educators that underage drinking is unacceptable and dangerous. If these influential people are not teaching them about alcohol and how to consume in moderation, teens will experiment with drinking, and possibly binge drinking.

It is important to teach your teen that alcohol is not always a hazardous substance, as too many parents erroneously try to convince their children that alcohol is inherently dangerous. Consuming anything in excess can be dangerous, and you should discuss the importance of drinking in moderation (while simultaneously discouraging underage drinking at all).

Many teens also don’t fully recognize the dangers of drinking and driving. Openly discussing the potential consequences of driving while drunk can prevent them from making the mistake of getting behind the wheel after a night of drinking.

You don’t have to make drinking seem like something only teens engage in: sit down and have a frank discussion with your child. Find out if they are interested in trying alcohol or if they have tried it already. If your teen sees drinking as something glamorous, or thinks that underage drinking comes with valuable social benefits, take them to a local alcohol rehab program and have them listen to people who have had their lives ruined by drinking.

The goal here is to start a discussion and really talk to your teen about drinking, as opposed to punishing them if they have consumed alcohol. Many parents implement strict punishments when they catch their child drinking, and some even consider throwing a teen out of the home due to their drinking habits. It is important to remember that a harsh punishment usually won’t stop a teenager from engaging in bad behaviors. This is why it is so important to present a solid example to your teen and to have open discussions with them so they will come to you when they have a drink, or if they are curious about drinking.

Get to know the kids that your teen hangs around with. If your child has a close friend who drinks, they are likely to drink as well. Peer pressure won’t be a problem if they have a supportive group of friends who don’t drink, and don’t push your teen to do it either. Parents can often instigate other exciting activities for teens that will distract them from the social temptation to drink. Consider starting group activities for your teen to have safe and responsible fun with their friends instead of getting into trouble with boredom and alcohol.