Betty’s Story – All Sorts of Boundaries

Posted on October 30, 2019 by RTS Editor in Relationships

Betty was a secretary in the school system I worked for at the time of this interview. She had been in the travel business for a number of years prior and took care of her dad at this particular time in her life. This story is in Betty’s own words.

When I graduated from high school, I realized that my folks were black and white. There was no gray area. Either I could spend my life pleasing them or doing things that made my own life satisfactory. What saved me from a lot of errors was my lack of understanding the world. I came from a deeply religious background. I learned that ‘this was sin; that was sin.’ I went to Sunday school, Sunday church, which altogether made a total of four visits to the church on Sunday. We attended services about twice a week in addition to Sundays.

It was a Pentecostal church, although my folks were not fanatics about the Pentecostal aspects. As a high school sophomore, I was invited to go bowling with a bunch of kids, so I went home and asked my mother. Her response was to ask me how come I asked her. I said what do you mean, as I was taught to ask my parents for permission for various things. She said you know it’s a sin or you wouldn’t have asked. I didn’t go bowling. I didn’t get an answer. It was dumped back in my lap. So there was a guilt feeling underneath a lot of things.

There were strings of boyfriends, always not approved. They were not churchgoers. My mother was in charge, my dad followed along. It ended up that I became engaged to a man, continued going to church with my family. There was a fellow there nine years older than me in charge of Sunday school. My family didn’t approve of him, but he was better than the others in their minds because he was a church-goer. He and I made an agreement that we would marry in five years. I gave him all my money and we bought acres and acres of land, lots with orange groves. We picked an acre for our future house. 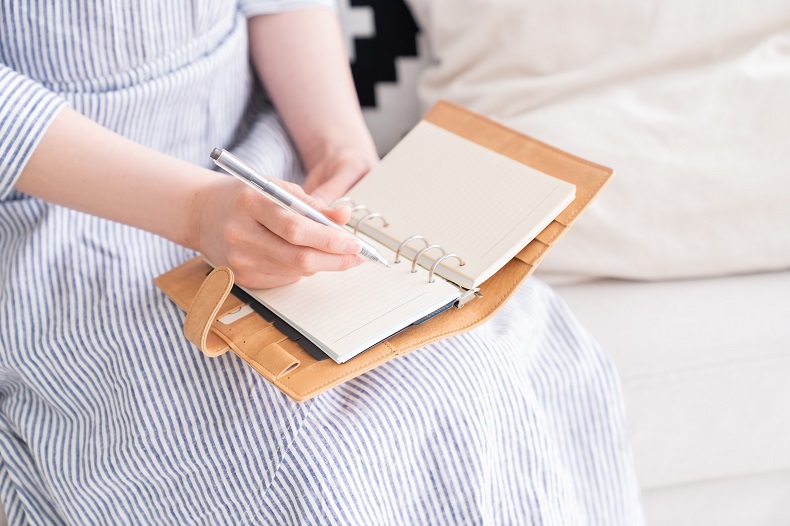 He was suddenly ill and we went to the doctor. The doctor checked him over and told me to return with him in thirty days. On the thirty-first day, the doctor showed up on our doorstep to tell me my fiancé had cancer. I had signed a bank charge with him and he put my money in the bank. We bought more orchards. He had cancer surgery. He needed another surgery and threatened suicide. I went up to be there with him when the doctors told him about the second surgery. They gave him a “shot of caffeine” which I never heard of before or since.

He said to me go to the file in my apartment and bring that certain envelope to him. I stopped at his apartment to pick up the information and I intended to stop at the local bank to obtain some cash as well. I saw an envelope on his desk labeled, “To whom it may concern” and assumed that would be me. I opened it and there I found a Will, leaving everything to his sister and nothing to me. I went to the bank and told them who I was, that my name was on the signature card etc. A manager came over to tell me that my name was not on the card and thus I discovered that my fiancé did not turn in this card at all. He had turned in other cards.

I had to go through the files, pick up certain papers, pick up his sister, and return to him. I didn’t know if she knew anything and wasn’t sure how to handle things. I made a copy of his Will and took it to a minister, to act as a witness for me. My fiancé died. I got nothing. I lost all that money because I had trusted this man. I realized that I couldn’t listen to my folks any more, that their judgment was nothing for me to live by.

I moved out, and moved away. In my new city, I was acquainted only with my employer. I must have murdered my mom and buried her by this move. I was an accountant at that time. I met the man I eventually married in that city. He transferred across the country and would fly back once a month. We married and by the time my second child was born, I knew the marriage was a huge mistake, but felt pressure to stay within that marriage. He often called home at the last minute to say he was bringing six or seven guests home for dinner. This he said to me with two young children to care for. The only guidance my parents ever encouraged in me was living a Christian life. To exist in this world I had no preparation. I did not know there would be rough times. I didn’t know what would be out there in the world. I was in a predicament many times. I always got out of it in a graceful way.

[When we divorced], I had explained to the boys that if they lived with me, I could not provide for them the way their dad could. I had no access to his various bank accounts, some of which were out of the country. I told my boys that once I got settled, I would have them over for a visit. On the way over to my tiny house, there were my two boys, sitting on my new front porch. We sold the last house we owned. My husband was well known because of how high up he was in his company. I knew I wanted to get into the travel business. That was why I studied courses at the local university. I had traveled quite a bit with my husband.

That was a redeeming factor, because instead of concentrating on what I had lost, I focused on what I could do next, for myself and for the boys. My husband made it a difficult life for the boys. He would call and say that he was going to New York, for example, and why didn’t they just drop everything with me and go back to living with him. My parents were no help. I was devastated by the whole divorce and barely holding on with my job. I had so much to learn—how could I be so naïve all these years! I had a big weakness.

He kept in touch by saying that he’d pay me alimony in the future, as soon as a particular “deal” got going. This was his way to keep in touch a lot with the boys, although he could have done that anyway. It wasn’t that I wanted him. I wanted the support for the boys. The big hooker on that was that this one company that might have hired him was the type that interviewed the spouse as well as the potential employee. He has never worked a day since I divorced him. He just lived off the money we saved up over time.

My attitude was ‘to hell with him.’ My son, when he was three years old, was talking about daddy’s girlfriend. I just didn’t listen, couldn’t listen. I felt I had to be there. I felt I had to have a husband, which is how I was brought up. On the inside, though, I knew better. A child does not need two parents if one of them is a crook. This husband of mine was not a good man.

I was raising the two boys. I worked on getting a career off the ground. A friend offered to buy me a travel agency with the stipulation that I would pay him back as I made it, and it could take time and that was okay. He got me off the ground. We doubled the number of agents we had in a short time. He credited me with being disciplined and knowledgeable about the field. I paid the whole debt back in a short time. My boys and I made a few sacrifices in order for us to do it. During that time, I probably worked harder than I ever have in my life. I traveled quite a bit during those years of learning to live life. These are only the highlights. There are so many things.

Obviously all these situations had to be partially my fault. I had so much to learn. In the fifteen years in the travel business, I became stronger than I ever was before. Often a door seemed to open and I could almost hear a message about what was right or wrong with the current situation. I worked for one of the school district principals that turned out to be a real learning experience for me. He taught me more than I learned all the way through college.

I don’t remember my parents encouraging me to do anything I desired to do. They would point out all the negatives. I want my children and grandchildren to know that there are positives and negatives to any decision, to look at choices and challenges in life as adventures, problems to be solved, and opportunities to be sought and achieved.

Betty recognized the need for boundaries and once she learned that, she was on her way to more satisfactory choices in her personal life. Boundary setting and acceptance of reality helped pave the way to solving problems. Betty had obstacles to overcome and learned to cope with some of them by listening intently to gut level responses. Resilience shines through in her focus on moving forward and actively choosing what was next for herself and her boys.

One thought on “Betty’s Story – All Sorts of Boundaries”