Posted on March 3, 2018 by RTS Editor in Relationships

My friend and I followed Sue up three floors of wooden stairs outside her barn to her loft apartment at the top. The brick wall on the quirky farmhouse melted into layers of whitewashed stucco, holding up dark exposed beams, revealing generations of additions.

Sue, a white-haired, sturdy woman in her eighties, nodded downward. 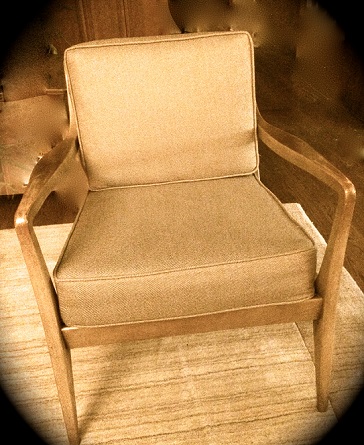 “The cows used to live here at the bottom,” she said.

We paused to acknowledge the dirt patch below before entering the light-filled, two-room loft.

“How long have you been here?” I asked.

“All my life,” she said, matter-of-factly. “This was my mom and dad’s farm. I went to school right down the road. My husband and I lived here with our boys. Harry still lives here with his wife and my grandson in the adjoining section.”

Though we had come to see her fairy gardens, I was preoccupied with what she’d told me. I sat and stared at the patches of bold colors plastered on the walls—her deceased husband’s artwork. I’d never known anyone with such deeply embedded roots and pondered that she’d looked at these same whitewashed walls with the wonder-filled gaze of a child and now through the lenses of age.

I was shaken from my thoughts as we paced our way along the old barn’s dark wide pine flooring. We walked the same boards Sue had pranced over as a girl and perhaps waltzed over as a young woman in love. And now, we followed her slow, sure steps.

We ended our visit in her wooded sanctuary, surrounded by grapevines and sitting like friendly giants in Adirondack chairs. We peered down into her small, peaceful fairy village, nestled among sweet woodruff and wild fern tendrils, curling around a meandering path.

Lulled by a tinkling wind chime, I swallowed in the mystery. What is it like to feel such continuity of generations? To know all the angles and curves and smells of a place where you’ve lived your whole life? To see the same subtle shadows of the moon? To listen to the same bird families, all growing and ebbing? What’s it like being a part of some place?

I wanted to cage the feeling, as if it were a wild bird, and bring it home. I needed to examine it, sense it, turn it around in my mind.

I roll the scenarios around my mind. It must be like visiting some exotic land, maybe Japan. I imagine watching a complex tea ceremony, rich in symbolism and innuendo. I see myself perched on a ledge of the Himalayas overlooking the edge of the world. That must be what it’s like.

I imagine being from somewhere creates a footing in the world, an underpinning for one’s conduct. It seems to me people rooted in family know that someone is watching out for them. They grow, are watched, and held accountable to the ancestors: “Make your father proud.” “Don’t forget, your auntie is watching.”

People from somewhere always seem to belong, as if they have an invisible arm around their shoulder.

But what if you’re like me? A ward of the state. What then?

Currently, an estimated half-million American children are tagged with a case number. Whose arms are around them? Employees are paid to care for them. At the end of the day, though, those workers go to their own homes where they can relax, pay their bills, and maybe feed and tuck in their own children at night.

In my childhood, forms were completed. Files with my name were placed in cabinets.

Though most wards of the state are set free at eighteen, my case, for all practical purposes, was closed two years earlier. Dropped into society, I needed to make a life from scratch. I had to figure it out. Inevitably, I made mistakes, big and small.

My caseworkers’ notes certainly did not substitute for a family scrapbook or photo album. Years later, all my files were shredded, anyway, erasing everything, as if I didn’t exist.

But there is physical evidence of my past. In my living room is a chair I sit in almost every day. When I first sat on its tan cushion, my nine-year-old feet dangled, unable to meet the floor. I clutched the smooth, curved wooden arms. That was in 1960, the first day I entered my foster home. Because my foster mother left her estate to me, I ended up sorting through her house and possessions in Illinois. Along with other handsome mid-century Danish modern furniture, there was the chair.

None of it fit in any of our rooms at the time, casting me in turmoil. Night after sleepless night, I tossed and turned until we moved into a home that could hold all the furniture, including the chair.

Only then did I relax. I hadn’t realized how desperately I’d cling to things reminiscent of the few years I’d been part of a family.

Yet so many people worldwide live, generation after generation, like Sue. They grow up in their ancestral home in the town of their father and his father before him. They hold their stories, remember their rituals, keep their secrets. I look at them through an inner window like an envious Ebenezer Scrooge beholding the loving Cratchit family around the Christmas table.

Many years ago, I met Charlotte Black Elk, great-granddaughter of Black Elk, spiritual leader of the Oglala Lakota. At a gathering of Native American elders, she talked of memorizing and reciting twenty-two generations of her family’s ancestry. What a treasure to own and know such things.

Today some people talk about being related to the founding fathers. Others belong to social cultural groups, proudly laying claim to a lineage.

We are all living a life span probably marked by fewer than one hundred years. We all have generations of ancestors, just like Charlotte Black Elk and the Daughters of the American Revolution. The difference is, wards of the state don’t know who we are. That doesn’t make us any less. Those who came before us left genetic and genealogical imprints. Their essence and traits affect us. But in ways we don’t know.

When I left my foster home at sixteen, I began adulthood by paying my own way in a boarding home. Despite the caseworker’s promises, no one watched out for me, no one paid attention. I learned to take care of myself. I was the one person I could trust. Sure, I wanted to be in a family, to make a home. But where was the template? Who could I ask?

I’ve learned there’s always someone on the path ahead. I watched, I listened, I followed. My eye trained on whatever was there. It had to be enough.

Jan Keyes is an avid gardener who creates fairy gardens in bucolic Warren County, New Jersey. As an herbalist, she also delights in planting and using medicinal plants for her nature-based cures. Born in Chicago, she spent most of her childhood living in institutions and foster care as a ward of the state. For more than thirty years, she has lived as part of a family, relishing time with her loving husband Joe, two stepsons, a daughter, four grandchildren, and numerous in-laws. Her memoir, Ward of the State, is forthcoming.