“Two roads diverged in a wood, and I—I took the one less traveled” — that line in the Robert Frost poem came into my consciousness somewhere in my teen years because I’m pretty sure my father had it mounted and placed in our house and in his office, and his obsession with roads and choices didn’t end with that poem because I grew up with them paved in my head.

“Shannon, there’s an easy road and a hard road, and if you take the easy road first, it will always become the hard road later” so whatever teenage conundrum and therefore exquisitely painful decision I might have been weighing back in 1981 at 76 Drakes Summit Road? I imagine it was a weighty enough thing without my father playing the heavy: “hard road or easy road?” – his aquiline eyes would narrow in scope until his voice became the anvil “What’s it gonna be Shannon?” It wasn’t a question.

It took me fifty some-odd years to reframe that fervid thinking when I realized my father hadn’t framed the complete Frost stanza. The poet at least allowed himself a choice ‘and I took the road less traveled by’, and one word with two letters omitted was no little thing. I was in a no winnowing situation back then with my father because if I had read that sentence in its entirety, I would have objected entirely.

But, with age and accurate information I am maturing.

I am that woman who in her youth followed different beats and notes and lyrics of songs that reminded me ‘like a drifter I was born to walk alone, going down the only road I’ve ever known’ and even then dared to follow another anthem: ‘go your own way’.

I have always intuited that there’s more than a couple of paths, roads, or means to get to any place and even an unfamiliar mountain can be navigated by a multiple of methods when you’re scoping the complete diagrammatic.

It’s not that complicated. Contemplate: what about climbing down a cave and tunneling under, or spreading your wings, and flying over?

Evolving with age I can still remember that girl of my youth who became a progressive woman, who knows that poem is more outdated than a 60’s San Francisco hippie in a Haight Ashbury Starbucks.

Like so much of my father’s ‘sourced’ material it was an antiquated map. No offense to Robert Frost, but really dude, you were in a yellow wood and came upon some divergence and then you saw only two roads?

Get out your fuckin machete and hack a third one through the jungle. 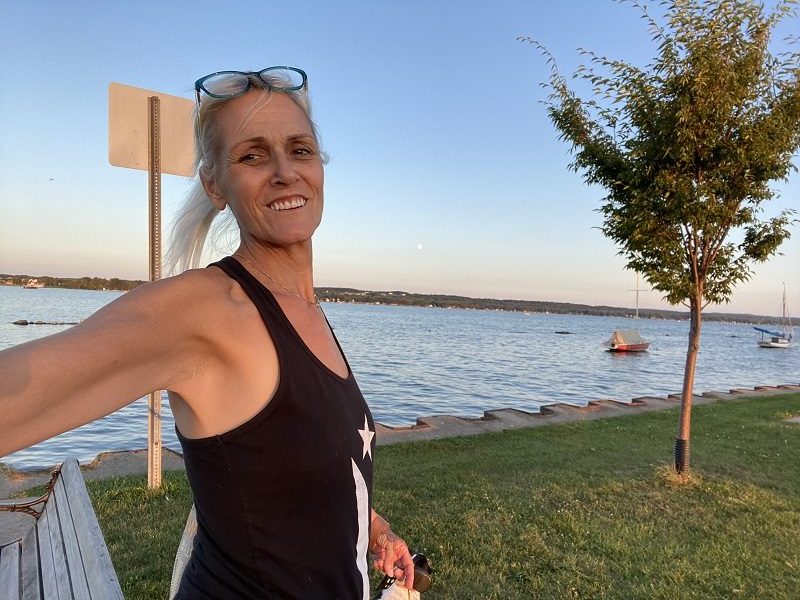 Ms. Willitts Falk had a savage childhood littered with chronic sexual, psychological, and physical abuse. By age thirteen she began contemplating suicide, but it wasn’t until the age of forty, during a malicious divorce, that the writer was misdiagnosed with Bipolar, which felt like the cruelest abuse. In distancing herself physically from her narcissistic father on the West Ms. Willitts Falk has let the sun set on the West and rises in the East where she now lives in Seneca Falls New York, and writes as her “therapy” for Complex PTSD A.K.A. C-PTSD.