The Benefits of Going Diesel

Posted on September 30, 2013 by Ernest in Mindfulness, Travel

Diesel cars were very popular in the United States a few decades ago, but have since all but disappeared. Recently, 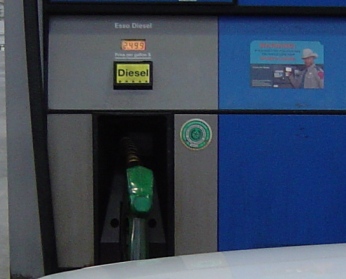 however, they have become trendy once again, thanks in large part to a number of German automakers (especially Volkswagen) reintroducing them to the American public. As a result, the popularity of the diesel car has spiked, and some American car manufacturers (namely Chevrolet) are now trying to jump into the diesel game. Here are a number of reasons why a diesel car may be right for you.

The gas mileage of a diesel vehicle is comparable to that of a hybrid car—often even better. Many diesel vehicles are merely a diesel version of a gasoline-powered vehicle, and get much better mileage. This is especially true if you do most of your driving outside the city. Diesel vehicles do not get exceptionally better mileage in the city (and are definitely outperformed by hybrid cars), but on the highway they can get more than 50 percent better mileage. Furthermore, nearly all diesel drivers report getting better gas mileage than what was originally advertised for their car. So whatever mileage the manufacturer says the diesel vehicle will get, you can almost assuredly tack on an extra few MPGs.

The issue for many auto enthusiasts is how to balance fuel mileage with performance and enjoyment.  Most hybrids are notorious for being slow and relatively boring, but diesels are the exact opposite.  Diesel fuel allows engines to have much higher torque than their gasoline counterparts. Diesel vehicles have higher torque that can be used for low-end power, which is a huge plus for everyday practical driving, and for those who like to have fun in their car.

Many people assume diesels have a lesser environmental impact than gas vehicles because they get better mileage. But some argue diesel is less environmentally friendly because it emits roughly 14 percent more carbon dioxide than regular gasoline. But diesels usually get much more than 14 percent better gas mileage, so they emit less carbon dioxide per mile traveled. These advantages prove why diesel is making a return to prominence in the United States. There are a lot of great reasons to purchase a diesel vehicle, and, since they usually are comparable in price to their gasoline counterparts, you can save money pretty quickly, especially if you drive a lot. And if you value both fun and economical driving… well, it’s a no-brainer.

This article was provided by Samantha Greenbaum, earth-conscious driver and mother of two. If you’ve got a diesel-fueled car, or are thinking about getting one, Samantha recommends checking out diesel performance parts.