Necessity has been termed as the mother of invention. In many cases, diseases or threat to life is the necessity that 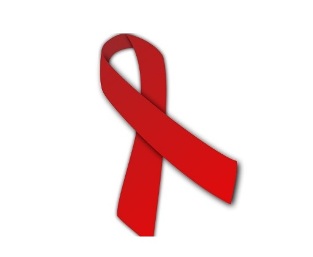 directs life-saving research toward promising goals. One good example of this fact is the recent news of an intra-vaginal ring carrying an anti-retroviral drug that will help women against the risk of HIV infection.

Science Daily credited Patrick Kiser of Northwestern School of Biomedical Engineering in Illinois with the development of this small medical device, called NuvaRing, which has demonstrated a cent percent rate of success in preventing AIDS in primates.

NuvaRing is a small polymer ring that can be inserted in the vagina and stays in place for a month. It contains the anti-retroviral drug tenofovir, in powdered form. Though tenofovir is taken orally by millions of people around the world, its efficacy in preventing HIV at the site of infection, as exhibited in the form of NuvaRing, is far greater than other forms of drug administration.

As VOA News reported on Friday, Kiser and his team took a decade to develop the NuvaRing and it has proved more effective than orally administered tenofovir.

Last year, a similar study funded, by the National Institute of Health (NIH), was launched in Africa. Researchers from the University of Pittsburgh and the Microbide Trials Network began testing a vaginal ring that would slowly give out an anti-retroviral drug into the tissue surrounding the insertion area. The silicone ring used in this study contained an anti-AIDS drug termed dapivirine.

The early reports of the testing told that women liked using the ring better than vaginal gel, more often used in US, which also contains a birth control component. The NIH study was aiming at lowering the infection risk by at least 60 percent in women who used the ring.

Following its effectiveness in non-human primates, the human trials for the NuvaRing are now scheduled to be held in November this year. Besides observing the ring’s safety, the trials will also examine the quantity of the drug released by the ring, and other parameters.

Aside from the focus on HIV prevention, one of the main benefits of the anti-HIV ring approach is minimizing the side effects of the retroviral drugs. The NIH study, for example, came to confirm that the use of ring caused significantly fewer side effects than pills of the same drug. In addition, the vaginal ring use showed no harmful effects on fetus, thus making it safe for use by pregnant women.

Related closely to AIDS prevention is the financial side of this epidemical infection in Africa. One of the benefits of anti-retroviral ring, as stated on the International Partnership for Microbicide website, is the lower cost of the preventive technique. The anti-HIV ring is expected to come at the lowest possible cost in comparison with anti-retroviral drugs used for AIDS prevention in Africa and elsewhere.

NuvaRing is yet another example of the importance of innovative design in developing helpful technology for millions of people worldwide whose hope lies in the research conducted in the medical field. The invention of this ring means hope for millions of women – and by that in turn for millions of unborn babies, who are at risk of the deadly HIV virus, particularly on the African continent where preventive measures usually fall short of safety due to lack of education and safe sex practices.

With helpful ideas directed at problem-solving goals, the health threats facing humanity can be overcome in time. NuvaRing is a landmark in this destination.

Edward Lakatis run and writes for Idea Design Studio, an invention development and marketing company. He is passionate about all things related to invention, and helping other inventor’s realize their products potentials. More of Edward’s writing can be found on http://ideadesignstudio.com/.