Live a Long and Healthy Life Like the Japanese

Posted on April 9, 2015 by Ernest in Health, Society and Culture

Japan is known for many things: a strong economy, top-notch infrastructures, and advanced technology. Then there is one other thing western countries are looking up to Japan for: the people’s healthiness. Among developed countries, Japan has the lowest rate of obesity at only 3%. This number is even more impressive when compared to the 33% rate in the United States, 26.9% in the UK, and 26.5 in Russia. 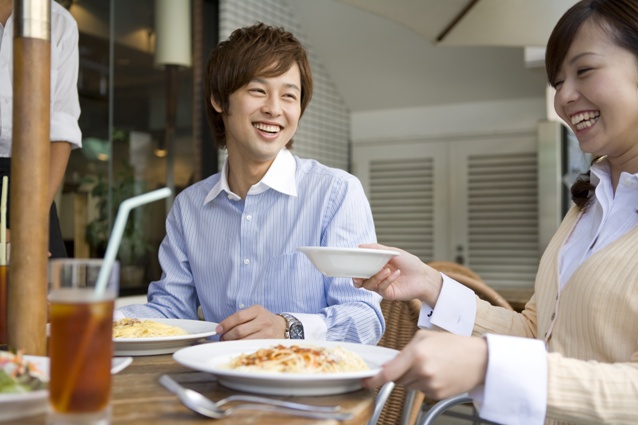 So what is the secret for such good health? Here are the two biggest secrets of the Japanese healthy lifestyle:

When talking about Japanese food, the first thing that pops up is usually sushi. Let’s take a closer look at this iconic dish of Japan. It is often made with seafood and rice, sometimes wrapped with seaweed. Vegetables are often served on the side as a salad, or added to soup, to accompany the dish. Unlike the western version that is sometimes deep fried or drenched in sauces, there is little to no fat added to traditional sushi.

While there is so much more to the Japanese cuisine than sushi, most Japanese dishes are also different variations of the seafood-rice-vegetable combination. Even when red meat and poultry is added, the portion is kept well-balanced. Consumption of seafood means a diet with low fat, high protein, and rich in omega-3 fat, which is good for eyesight and brain functions. This diet is probably one of the biggest factors that keep the Japanese in shape. It provides enough nutrition and energy, yet prevents the risk of obesity and heart problems later in life.

Japan leads a very active lifestyle as a nation. In many developed countries, such as the United States, the automobile industry is well developed, while public transportation tends to fall behind. The situation is different in Japan. The railway system is so advanced that it can take people from one city to another nearly as fast as traveling by airplane.

With the development of public transportation, Japanese people tend to walk a lot more to and from train stations. Parking of automobile vehicles is also expensive, while bicycle parking stations are available in abundance and much more affordable. This means most Japanese, including young students, salary workers, and housewives, all walk to their work, school, and errands.

Sports and other physical activities also play a big part in the Japanese life. Most of the time, people will use their vacations to travel to a national park, mountains, lakes, and beaches. This promotes an overall healthier and more active life style.

While the fact remains that the Japanese people’s health and longevity is quite impressive, their secret is hardly a secret. It all comes down to a healthy, well-balanced diet and an active living involves a lot of physical exercises.

Vanessa is a professional blogger and copywriter, who is passionate about education, lifestyles and travelling topics.