How to Give Health Advice to Those Who Won’t Listen

Posted on March 8, 2013 by Ernest in Health, Mindfulness 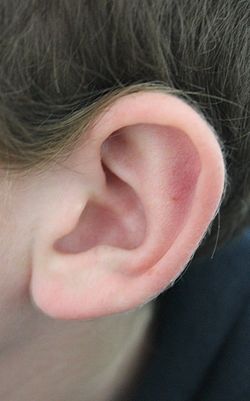 Giving health advice to those who don’t listen can be a daunting task for most people, especially if there is a close connection with that person. Pigheadedness can be an issue for some people, because they are so set in their ways, or they are so afraid of the consequences of taking action that they become paralyzed with fear into non-action.

There are many medical maladies in the world that hold a place in people’s hearts as something to fear; however, there are a great deal of ailments that can be easily treated. Everything from an unusual lump to a suspicious dark freckle, common issues people may decide not to treat, due to embarrassment, ignorance, or pride.

When one is trying to help another get the help they need, it is generally important to remember that the recipient is probably pretty embarrassed by their issue, so delicacy is highly recommended when addressing their problem. One strategy is to ask leading questions, with a clear path in mind; and when there is an appropriate opportunity for interjection, go for it. Tell them that their issue is a clean, easy fix and you shouldn’t take chances when it comes to your health and well-being.

Sometimes when trying to give advice, the indirect method may be painfully obvious to the recipient, so a more direct route may be in order. If this may be the case, then it would help to do some research beforehand. Print out some material related to that person’s specific case. For instance, a simple search for the common ailment black toenail fungus produces hundreds of results including treatment guides, side-by-side comparison of each, as well as helpful user reviews.

People neglect their bodies for different reasons; some do it because they are so preoccupied with the rest of the world, some do it out of fear. An alarming symptom can often times go unnoticed by many; that is why doctors suggest that everyone check their bodies for abnormal growths, moles, etc. These new seemingly innocent intruders may look like just another mole, but in reality, it could be a precursor to cancer. The same goes for the rest of your body and mind; it pays thirty fold to catch symptoms earlier, in every aspect of life.

Fear, while a cunning, cruel tool, can be an effective way to get someone to listen; especially if the recipient has blatant symptoms, and is just choosing not to acknowledge their ailment. It must be noted, that while fear is an effective motivator, this should only be used as a last resort. Most people don’t enjoy having friends scare them over issues that are already sensitive in order to prove a point.

No one NEEDS to live with the fear of a cancerous freckle, black toenail fungus, or many other serious ailments, but be mindful of other people’s feelings in the process of trying to get them to listen; sometimes the effort isn’t worth the cost of a friendship.

Sandy Getzky is an associate editor at ProveMyMeds.com, the leading medication review site for popular ailments that plague everyday people. She also serves as a contributor for publications like the National Nail Fungus Organization, among other health oriented research organizations.