Is Drug Addiction a Mental Illness? How to Find Hope

Posted on December 11, 2018 by RTS Editor in Addiction

Is addiction a mental illness?

There is no official answer stamped with a seal of authority; however, there is an abundance of strong evidence to support the theory that substance abuse is, in fact, a disorder of the mind. 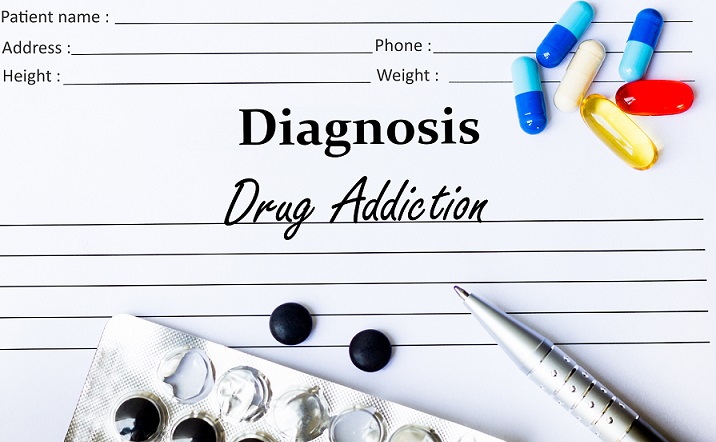 A mental illness is classified as a health condition that influences thoughts, emotion, and behavior. By this definition alone, many agree that substance addiction and mental illness fall into the same category.

The sad fact of the matter is that “drug addicts” don’t abuse substances out of a simple unwillingness to comply with society’s standards. They do not easily choose their addiction over their loved ones, financial security, and physical health. Addiction alters thoughts, emotions, and behavior, resulting in an uncontrollable impulse to seek relief in different forms of addicting substances and habits.

So, is addiction a mental illness? The professionals at Utah Addiction Centers agree that it is, but you can keep reading to decide for yourself.

What Is the Relationship Between Addiction and Mental Illness?

Addiction and mental illness are very closely related. To show you just how close the relationship is between the two, we’ve broken down their similarities into two different categories.

First and foremost, there is a great deal of overlap in symptoms of addiction and many different mental illnesses. Substance abuse has a direct impact on the levels of neurochemicals in the brain, such as serotonin and dopamine, which affects mood, behavior, and thoughts. This is very similar to mood disorders, where treatments and medications are necessary to stabilize the brain’s chemical reactions. Other common symptoms include a lack of control over impulses—despite recurring consequences—and acting against their own obvious needs to satisfy the brain’s illogical demands.

According to an article published by the National Institute on Drug Abuse, those who suffer from addiction are nearly twice as likely to suffer from a mental illness. This combination of disorders is referred to as comorbidity: two or more illnesses/disorders that have taken root in the same person and interact with one another in a way that amplifies the severity of each condition.

Drug addiction and mental illnesses work together to create a negative impact. Mood disorders such as depression and anxiety often spur impulsive cravings, and submitting to those cravings has the potential to worsen the disorder that triggered them by causing feelings of despair, defeat, and guilt. It is a vicious cycle that millions of people suffer from—according to a national survey conducted by the Substance Abuse and Mental Health Services Administration (SAMHSA).

What Comes First: The Addiction or Illness?

In situations where comorbidity is present, psychologists and researchers have spent a great deal of time and effort to determine which came first: the addiction or mental illness. The answer is, there is no one answer that applies to every individual across the board.

In some cases, addiction takes root before signs of a mental illness become evident, but it is possible to develop both simultaneously, as both are often triggered by the same internal and external factors, such as traumatic events or physical injuries.

However, a distressing disorder of the mind can easily lead to addiction, which supports the theory that a mental illness can directly cause addiction. Many individuals who are addicted to different substances turn to these destructive habits as a way to cope with traumatic and stressful events in life. It is very possible for one to develop a mental disorder and turn to substance abuse as a temporary but powerful form of relief.

Does One Cause Another?

Those with mental illnesses are about twice as likely to form an addiction to a chemical substance. A popular example of this is post traumatic stress disorder, or PTSD. PTSD is a common stress disorder in those who turn to substances for relief. This is a clear indication that certain mental illnesses and disorders are capable of causing substance abuse. On the flip side, research also suggests that substance abuse can trigger a number of different mental disorders.

Addiction and mental illness is a debilitating combination that negatively impacts suffering individuals and those who love them. If you or someone you care about is suffering from an addiction as powerful as a mental illness, you must know that there is hope. Substance abuse is not a permanent condition; it is one that can be overcome with the right mindset, support, and treatment.

If substance abuse is affecting your life, you can learn to find hope in treatment plans, little victories, and self-care. An effective rehabilitation center can provide hope and healing for patients and loved ones with tried and true treatment plans, group therapy, and confidence-building activities.

Aerin Ogden currently works for Utah Addiction Centers, and loves sharing resources with those who struggle with addiction. In her free time, she enjoys hiking and skiing. Aerin resides with her family in Saratoga Springs, Utah.