How it Happens: The Process of Addiction

Posted on November 17, 2012 by Ernest in Addiction, Health 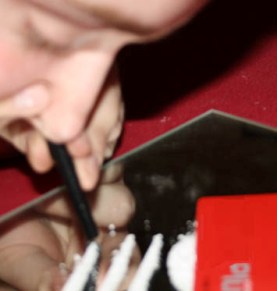 The effects of addiction are well known. From physical and psychological damage to personal and professional difficulties, complications arising from substance abuse are widely recognized. However, the whys and hows of addiction are somewhat of a mystery. For example, how does addiction occur and why is it so hard to overcome?

Addiction occurs as a result of physical and/or psychological dependence on a particular substance. Initial use of an addictive substance typically produces feelings of euphoria as a result of increased levels of dopamine in the brain. This increased production of dopamine is what produces the “rush” or high” associated with illicit substances.

Over time, extended use of an addictive substance leads to the body’s inability to produce dopamine and other “feel good” chemicals. The brain and body become dependent on the rush of dopamine provided by a particular drug or substance. Once this dependence occurs, addiction is present.

Addiction can manifest itself in a number of ways, which can include changes in both behavior and physical appearance.

One determining factor of addiction is whether or not an individual experiences withdrawal symptoms upon discontinuation of a particular substance. Depending on the drug in question, withdrawal symptoms can be quite severe and are the result of insufficient levels of dopamine in the body. For example, heroin, prescription painkillers and other opiates produce withdrawal symptoms that include fever, chills, nausea, vomiting, diarrhea, insomnia, intense body aches, and even hallucinations. Other drugs produce few physical withdrawal symptoms but may cause intense psychological cravings.

Treating addiction is often a process of trial and error. Treatments that work for some may not work for others. For this reason, continued research on addiction is essential in treating and preventing this condition.

Lyndsi Decker is a freelance writer. Currently she is promoting AddictionWatch.com. She is also a mother of two and in her free time she enjoys spending time outdoors with her family.