A Veterans’ Issue: Deficiencies in CLCs

Posted on December 1, 2011 by victor in Abuse Recovery, Veterans

Veteran Community Living Centers (CLCs) were established by the U.S. Department of Veteran’s Affairs (VA) in order to, “[restore veterans] to maximum function and independence, prevent declines in health, and provide comfort at the end of life” (VA).  Unfortunately, some of these centers are guilty of deficiencies in patient/resident care. These deficiencies can put veterans’ lives and health at risk.  What makes this issue especially atrocious is that many veterans are vulnerable due to past injuries suffered, such as missing limbs, Post-Traumatic Stress Disorder, paranoia, etc. 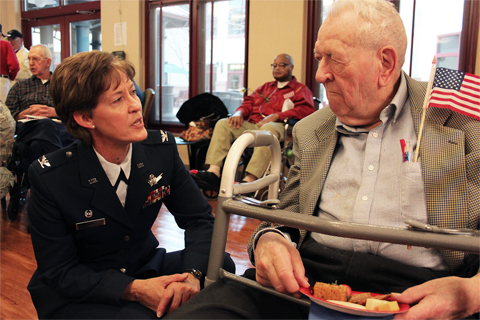 In response to several VA CLCs being reported for abuses in the early 2000’s, the VA contracted the Long Term Care Institute (LTCI), a non-profit organization, in 2007 to investigate. The LTCI thus conducted investigations of 116 of the 132 VA CLCs. The investigations uncovered the following deficiencies:

The majority of the deficiencies stated above are very serious. For instance, under the “Medication Management” category, patients who require insulin did not undergo blood sugar tests to assess their blood sugar levels before they were given their insulin. The repercussions of something like that could be devastating to an elderly person’s health.

At the conclusion of the initial investigation in 2008, the VA asked the LTCI to conduct further investigations. After reviewing all of the LTCI’s investigations in October of 2011, the Director of Health Care at the U.S. General Accountability Office suggested that the following actions be taken by the Committee of Veterans Affairs:

According to the report, the VA Committee concurred with the recommendations.

On their own, the deficiencies are truly horrifying. To make the matter even more disturbing is that these men and women suffering from abuse and neglect served to protect the very people mistreating them.

Amber Paley is a guest blogger and article writer bringing to us information on deficiencies in VA Community Living Centers.