Posted on June 24, 2019 by RTS Editor in Society and Culture

Rosalei attended the same graduate school as I did and we sometimes visited together. Although she did not choose to describe particular problems in her life, she shared background stories and the influence of those stories later in making decisions and solving problems. I saw some of these stories as relevant to the development of resilience. This story is in Rosalei’s own words.

I have a few miscellaneous stories to share about back-when in my life. It is interesting to see how these stories affect my current life, as well. I went to a Catholic grammar school through eighth grade. In that era, the nuns typically reiterated and explained various priests’ comments. I heard a story once that really struck me. The most senior priest stopped by to visit at the school. He said something along the lines of, “The mother should be willing to die in order to bring another life into the world.” I was around age nine when I first heard this. At the time, I thought this was an appalling idea. I never talked about my thoughts or feelings related to this topic until much later but it was very clear to me even at that age. Why should the mother die, I thought to myself, when she likely has other children or family members to care for at home. No, she could have a baby some other time. Not that I actually knew what was involved. She should live and go home to take care of her family, I thought repeatedly. I became adamant about this issue within my own mind.

Processing this memory years later with a close cousin and a close friend helped solidify my personal understanding of this topic. The experience became pivotal in early adult years when I was faced with issues such as birth control as well as decisions about becoming pro-choice a bit later. 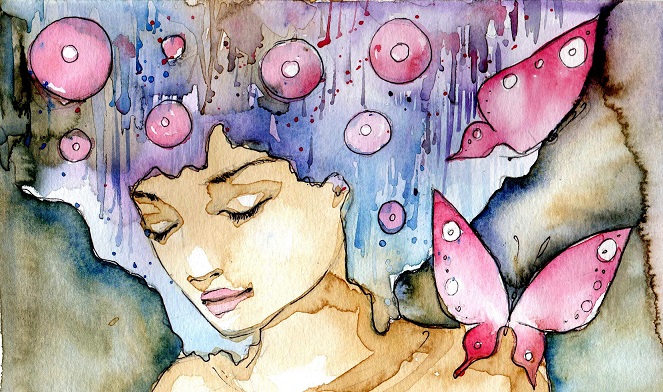 On another back-when topic, I was raised in small town New England, and I recall several African-American families and several Italian families in our community. The children of these families attended the same schools with no difficulty. Church was also not a problem. Hard-working people, striving to get ahead, teaching their kids the value of education and stable life-styles comprised our local neighborhoods. These families were working toward being solid middle-class American citizens.

The one dad I remember best was a highly regarded police chief in town and he often met my dad on emergency calls, as my dad was a volunteer Lion’s Club ambulance driver and rescue worker. My dad and this black police chief wound up in the middle of the night rescuing people from accidents and sometimes worse. Both sets of parents were committed to this community work; it took an extra effort to answer the phone at 2:00 a.m. for example, which was usually my mom’s job, to get information and location on the various accidents or other things that happened.

This attitude of respect and striving forward throughout my community as I was growing up proved to be highly significant later in life. It taught me to respect people of other backgrounds and circumstances right from the start and not to judge others superficially but to look deeper, to observe attitudes and behaviors.

Another church incident from that era had a strong effect on my life years later. When I was a young adult, my mother told me the story of one of her pregnancies. The doctor had advised her to eat meat, even small amounts, seven days a week for her health and the baby’s health. The priest, on the other hand, told her that as a Catholic, she could not eat meat on Fridays. This caused a dilemma for my mom and much stress at the time. It was a story she reiterated several times over those young adult years, so later I just knew there were some deep-seated, important aspects of it that she wanted to impart to me. In looking back now, there was no reason for such a rigid attitude on the part of the priest or the church. Catholics today “eat meat on Fridays” unless they do otherwise by their own choice. This story contributed greatly to my future questions and concerns about church dogma, rules, and attitudes.

As I transitioned away from the Catholic Church, I first went through a seemingly long-lasting era of being not just an Ex-Catholic, but Anti-Catholic. Everything about the church was an annoyance. I began to see through the rituals as clearly part of the control of the church over its populace. The church told people what they should and should not do, say and think – especially actively and aloud. This included questioning the priest’s word all the way up to the pope’s word. There seemed to be no individual thought encouraged and the Catholic Church throughout the 1950s discouraged reading the bible on an individual or family basis. Feeling a spiritual side was difficult because church attendance and ritual remained primary.

It took several years, much reading and living life’s adventures for me to let go of what needed to be let go of, and to come to appreciate fully what I see as aspects of the spiritual side of life. We are aware of the nightmares, past and present, of rigid belief patterns forced upon others throughout history. Lots of us comment on the hand of fate, destiny, the gods, or luck. In my mind’s eye, the spiritual side of life is as vast as we can imagine it to be. It includes everything from love and friendship, to respect, mindfulness, gratitude, to the pursuit of a wide variety of endeavors, and more.

As in many families throughout the years of my childhood, it was common to hear stories about earlier family life, the older generations, and the culture of Italy and Lithuania from my uncles, aunts, grandparents, as well as parents. Stories filtered through about difficulties making one’s way out of the country, finding the money for the ship, and later finding lodging, which usually started by staying as a boarder, or with relatives who had arrived earlier. My Lithuanian grandparents told of the thrill of finally having their own home, their own garden, all in a neighborhood where old country and new country stories were readily shared. My Italian grandparents told about the struggle, lasting years, once they bought land for their new home. It took years to get it built, partly because they set a goal for a brick home. It was no easy endeavor to obtain those bricks.

This and many other childhood stories taught me to have a great deal of respect for people who take action to improve their lives, show courage in the face of danger, find solutions to problems both individually and within the larger community, and respect the rule of law. These stories implanted a firm and lasting appreciation toward our country in my mind’s eye.

Various incidents in Rosalie’s life as a youngster helped mold her and shaped her behaviors in later years. The ability to hold onto ideas in a steadfast manner is one key of resilience useful for life’s later challenges. The community influence of respect for a variety of neighbors, which she told me she specifically verified with brothers and a cousin over the years, provided a strong starting point for shaping future attitudes and behaviors. The positive influence of family offers another tool of resilience in making decisions and following through with situations encountered throughout life.