How to Bounce Back from Failure

Posted on August 15, 2016 by Ernest in Inspirational

Feeling as though you have failed at something can be one of the most disheartening places to find yourself in. Yet all of us at some point or another face failure of some kind. Some people seem to handle failure with grace, while for others, failure can be a major hindrance in life. The key with failure, then, is how you respond to it. Will you let failure get you down, or will you let it build you up into something better? Here are some key tips for bouncing back from failure so that you can let your failures build you rather than break you.

Redefine failure as “not trying.” 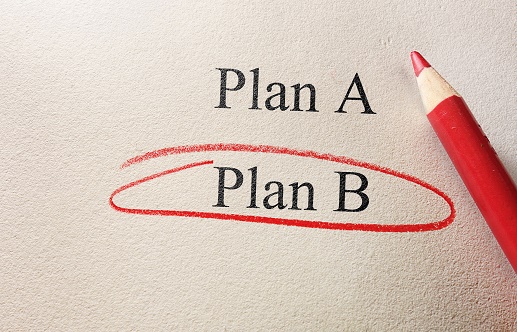 Redefining failure for yourself is the first step to changing your outlook on it. Sara Blakely, billionaire founder of Spanx, lives by an unusual, yet powerful definition of failure. She frequently asserts that the secret to success is failure. She backs this up by detailing how, growing up, her dad used to encourage her and her brother to go out and fail at things. He often asked them at dinner time, “What have you failed at this week?” From being asked this so frequently, she began to see failure not as some disappointing outcome, but rather as the absence of trying something new. She states that this outlook allow her to feel “much freer in trying things” and to “spread [her] wings in life.” If you redefine failure for yourself as not trying, rather than as not having things go as you would have liked, suddenly disappointing outcomes aren’t so bad. Plus, you can pat yourself on the back for having tried something, even if it didn’t go as you’d planned.

Turn your weaknesses into strengths.

Sometimes the things you consider weaknesses can actually be considered strengths—if only you see them in the proper light. To take another lesson from Sara Blakely’s book, she has stated that her lack of knowledge about business was perhaps her greatest asset as she strived to bring her idea of Spanx to the marketplace. Had she been well-versed in business, she would have been extremely intimidated to take her idea off the ground from the get-go. Her lack of knowledge, however, allowed her to believe that in the possibility of her idea. Maybe you’ve found yourself extremely disappointed that a project you started didn’t work out. You feel very sad and even angry. Since obviously this means you are passionate about the idea of completing the project, you might turn your disappointment into a strength by harnessing that passion and letting it motivate you to try again.

It’s also important to surround yourself with people who are going to cheer you own and support you in your pursuits. Be sure to nurture relationships with people who suspend judgment around you, who celebrate your successes with you, and who remind you of your strengths when you’re feeling at your lowest.

Coming up with a plan B doesn’t mean that you are quitting before you even start with plan A; it means that you are being a realistic optimist. Realistic optimists understand that things may not work out the first time, and they know that there will be options when plan A simply isn’t possible.

Embrace opportunities for growth and learning.

This is another place where an altered mindset can have a significant impact on how you see failure. Rather than becoming intimidating when you meet a task that seems far past your abilities, choose to embrace it as an opportunity to grow and learn.

Remember that a one-time mistake doesn’t define your progress.

Just as this article about addiction and relapse details, a one-time mistake does not mean that you are doomed to reverting back to square one. It’s important when you “fail” to remember all of the progress you have made and all of the things you have learned along the way. And a one-time mistake doesn’t necessarily mean it’s the end; it’s entirely up to you whether a mistake becomes the end of the road or simply a roadblock.

Remind yourself that people don’t want you to fail.

It’s also important not to take failure personally. People usually don’t want you to fail. Let’s say you’re going into a job interview, for example. The truth is that the employer who interviews you wants you to be the perfect candidate. He or she wants you to be that perfect match and for the candidate interviewing process to be over. If you aren’t chosen for the job, it simply means you weren’t as good a fit as someone else who interviewed for the position. So remember that while rejection might come in the form of a person, the reality is that the world is actually cheering you on.

Maurine Anderson originally hails from Washington, DC, but is now enjoying life out west in Salt Lake City. She is a professional writer and blogger who in her free time loves to create new cake recipes, travel, and practice her hand at photography. She tends to geek out over linguistics, cats, and all things Scandinavia.