Mesothelioma: Stories of Hope and Survival 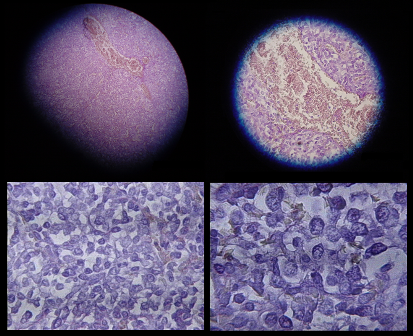 Mesothelioma. Cancer. Horrible words that strike fear into those of us who just hear them on TV, or in conversation. Imagine the horror of hearing them from your doctor. Then the words treatment, radiation, chemotherapy, surgery, and life expectancy. That is if you could even hear over the crushing weight of just the diagnosis. So what is this disease exactly? Who and where does it strike? Here is some basic information and more importantly, some stories of hope from people who have beaten the odds.

Mesothelioma is a form of cancer that is fairly rare, accounting for only 0.02 percent of cancer cases in the United States. It effects the lining of the internal organs. The most common form is pleural malignant mesothelioma, which targets the lining around the lungs. Peritoneal mesothelioma is much rarer and refers to the tissue of the abdomen.

While exact causes can vary, the major risk factor for mesothelioma is exposure to asbestos containing products or living with someone who was exposed to them. Asbestos is known for its insulating and fire resistant properties. While it is no longer widely used, it can be found in items such as:

Today, it is still used, but highly regulated so as to minimize the risk of exposure.

Though rare, mesothelioma is one of the deadliest forms of cancer. It is estimated that only 40 percent of patients diagnosed will survive the first year, 20 percent make it to two years, and only 8 percent will still be alive three years later. The news isn’t all bad though. Advances in early diagnosis and treatment are making these numbers better every year.

The devastation of this disease is obvious and horrific, but there is hope. There are people who are fighting and winning against mesothelioma. Here are the stories of some courageous people with a lesson for all of us in hope and determination.

Twenty-seven years after being exposed to asbestos while in the Navy, a 51-year-old man was diagnosed with lung cancer. He was lucky enough to find it early. He endured radiation, chemotherapy, and even surgery. He credits his life today with the early detection. Mesothelioma often mimics a cold or the flu and is therefore misdiagnosed.

Another patient credits her survival, now 6 years after diagnosis, with a procedure called HiPEC, which involves heated chemotherapy. She suffered from peritoneal mesothelioma that was only diagnosed when surgeons found lesions on her diaphragm during gallbladder surgery. No other tests, before or after the diagnosis, revealed these lesions including CT or PET scans. The HiPEC combined with surgery to resect part of her diaphragm has resulted in her remaining cancer free since treatment ended.

A young single mother in Florida attributes her mesothelioma to her time working in the Empire State Building in New York during its renovation in the 1980s. She was devastated to learn of her diagnosis in 2002, when her daughter was only 5. She credits her 12 plus year survival to many things including two rounds of chemotherapy, the second round four years after the first, when the cancer returned. She also believes her relatively young age (44 at diagnosis), her physical fitness, and her faith in God all played a part.

It’s true that mesothelioma is a devastating disease, one with no cure and a poor prognosis, but there are survivors. There is hope. Early detection is key, so if you or a loved one has symptoms that don’t seem to go away, get a second, third or even fourth opinion if necessary. With the right doctors and treatments, there really is hope.