Posted on October 19, 2014 by Ernest in Author Interviews, Health, Writing

Friedreich’s Ataxia is a rare genetic disease that we don’t hear about much in news or mainstream media. But it deeply affects those who live with it. Today I am having a chat with an author who is part of an international literacy project against Friedreich’s Ataxia meant to call attention to this disease so as to let people better understand the situation of those who suffer with it. Through a series of interview with authors who are part of this project, we’ll be learning about their thoughts and works, completed or in progress, to contribute to the project. My guest today is Jamie Leigh Hansen, a 39-year-old romance writer from the United States, who is a contributing author at this project. 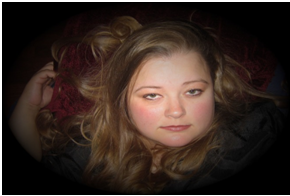 Michell: Please let our viewers know about this recent project and how you decided to join it?

Jamie Leigh Hansen: Friedreich’s Ataxia is not very well known. I have always wanted to help change that, but didn’t know how. Much of the scientific breakthroughs regarding FA have been discovered within the last 15 years or so. Many different campaigns are needed to raise awareness of this rare disease and funds for research—research that is finally producing some serious possibilities for a treatment, if not a cure.

When I examined my own strengths and abilities, I wasn’t sure what I could do to help. I could write, but many fiction publishers don’t want to delve into stories with disabled heroes and heroines. I was actually told by an editor, “it wouldn’t be very sexy.”

At the time, self-publishing wasn’t the incredibly viable option it is now, so I sat on my ideas until one day, when Gian Piero Sommaruga, from BabelFAmily, wrote an email calling for any authors who would like to participate in writing a novel to help raise awareness of Friedreich’s Ataxia. It was such a rare and specific opportunity that I immediately emailed and asked to be included.

Michell: Would you like to tell a bit about the story of the novel?

Jamie Leigh Hansen: The Legacy of Marie Schlau is an international, multi-generational murder mystery. Friedreich’s Ataxia impacts two of the main characters in the novel and we are able to see the history and progression of the disease, how it was discovered, how many alternative therapies have been tried over the years, and the differences people experience in facing life with FA.

That’s the dry part. The science and the facts.

But the heart of this novel is in the characters, the people—what they experience, how they feel, not just with the disease, but within the social structures of their time periods. Economics, politics, social injustices, all of it culminates in a powerful story that journeys between 1830 and 2013.

What is the true legacy of Marie Schlau? Is it that a woman who many thought would/should never have a child, created a living branch of her family tree? Is it that Marie, who suffered this disease before it even had a name, passed it along to a future generation? Is it the mystery of how Marie truly died? Or is her true legacy the strength and passion with which she lived?

Michell: There is something similar with each of the writers for this project. What is that?

Jamie Leigh Hansen: All of the writers in this project either have FA or are closely impacted by someone with the neurological disease. At this time, there is no known cure for FA. There are possible therapies to keep someone strong and able to fight the symptoms of the disease, but it is a progressive disease, guaranteed to get worse, because until we can replace our Frataxin deficiency, there will be nothing to slow or stop the FA itself.

Michell: What exactly does science know about this condition so far?

Jamie Leigh Hansen: FA is hereditary and can come from parents and families who show no signs whatsoever that the disease is in their genes. It is recessive. There is nothing they or their child can do to prevent it.

Within our DNA, there is a section called a GAA triplet repeat. If you picture a normal DNA double helix, it looks similar to a spiral staircase two feet wide. But what if the middle section were suddenly three feet wide? It throws the whole thing off balance. In DNA, this causes a tangle in the production of proteins.

The protein, Frataxin, is supposed to be a cleanup crew for iron. It works like this: The mitochondria of a nerve cell are the energy plants. If the cleanup crew quits, then iron deposits, “garbage”, build up and the plant creates pollution instead of clean, pure, quality energy. The iron builds up, the nerves don’t work properly, and our bodies become uncommonly fatigued and uncoordinated, and then malfunction. Balance, movement, vision, speech, and hearing are all affected. But what makes FA a potentially deadly disease is the effect iron buildup has on the heart. The worse it is, the sooner we can die from it. Children have died from FA.

At this time, Friedreich’s Ataxia has been declared an orphan disease in the US, meaning the first pharmaceutical company to patent a reliable drug to (a) Introduce artificial Frataxin, (b) boost our body’s ability to make our own Frataxin, or (c) help our nerves regenerate will receive enormous benefits.

In short, this is a key time for the research of FA to yield life-saving results. And one of the most amazing things about researching a neurological disease is that it benefits other neurological diseases. Parkinson’s, Huntington’s, Alzheimer’s. Cure one and we’ll have made strides to curing them all.

Michell: Your group has decided to translate this book into different languages, please tell us more about that aspect of the project.

Jamie Leigh Hansen: BabelFAmily is an amazing organization which unites people across languages, countries and cultures to spread any and all information about Friedreich’s Ataxia. Gian has worked wonders gathering a long list of translators who have all so generously volunteered their time to translate each chapter of our book.

Michell: Do you believe that this project will lead to other extraordinary events in the future?

Jamie Leigh Hansen: The Legacy of Marie Schlau is available now in Spanish and soon in English. After that, more languages will follow. To my knowledge, a book written across languages by multiple authors has never been done. Certainly not where the authors are united by a rare disease. It is my dearest hope this will inspire others to support such a worthy cause. We aim for a cure.

Michell: Outside of raising funds for the book for the cause you are currently mediating for, what other humanitarian efforts have those in the group been involved with and why?

Jamie Leigh Hansen: As we are each participating in this interview, I won’t speak for anyone else as they are the best to describe their other projects. I have a story digitally published and offered for free at several outlets to raise awareness of childhood cancer.

Death Is Becoming is a paranormal new adult story about a young woman fighting cancer for the second time. But this time, when she faces the end, she discovers it’s really another beginning.

Michell: Since all of you struggle with the same disease what are the greatest challenges with having it?  Is there anything that you would like to share with us that could help us to better understand what we outsiders can do to make a difference?

Jamie Leigh Hansen: The obvious choice is to buy a copy of the book and support research. J Other than that, awareness is incredibly important. When a disease is so rare the patient knows more about it than most doctors they meet, it’s difficult to tackle the disease with the type of long-range planning that would be the most beneficial.

If a disease is rare for doctors, then it’s especially so for most people, which can result in unfortunate misunderstandings. When I was in college, I could walk but better so if I had something stable to touch—tables, walls. I can’t count how often I was accused of being drunk. Reactions were even more extreme if I walked from a handicap parking spot into a store. Without a cane or wheelchair to make my disability obvious, too many assumptions were made and stressful, upsetting confrontations were common.

Michell: What were some of the barriers you ran into during your project? And how did you solve the issues?

Jamie Leigh Hansen: 17 strong-willed, opinionated writers? How could we not have a few stumbling blocks? LOL. The language and communication barriers are obvious; then there’s the opinions of how to write, what is art, what is literature, what makes a story great and what makes it appealing to many. The way to get through all of that is to be patient. Understand that everyone has the best of intentions and is giving 110%. To have a common goal that is crucial to each of us. And most importantly, even when it seems like the healthiest option, to never give up.

Michell: Did any of you feel you had learned some major lessons? If so what were they?

Jamie Leigh Hansen: I can’t really speak for anyone else, but for me, the world has become so much smaller and more connected over the last three years. Most of all, I have learned hard work, dedication, and unlimited generosity can inspire people to fight through any limitation to accomplish amazing things.

Michell: What are some of the individuals in the group’s favorite authors?

Jamie Leigh Hansen: I’d like to take this opportunity to honor the memory of Nicola Batty, a very talented writer who, unfortunately, is no longer with us. Nicola was a thoughtful and kind woman, full of ideas. She contributed chapters to our project until she passed away on November 1, 2012. Sadly, The Legacy of Marie Schlau had not been completed at that time.

Michell: On behalf of myself and Recovering the Self, we would like to wish you the very best in all of your endeavors.

Visit http://jamieleighhansen.com/or to learn more about the Jamie Leigh Hansen and her work.