Kratom as a Natural Supplement – What to Expect

by The Golden Monk

Kratom, as many of you may know is made by drying the leaves of Mitragyna Speciosa, a tropical tree that grows naturally in countries like the Philippines, Papua New Guinea, Malaysia, and Thailand. This is an evergreen tree which belongs to the coffee family that should probably explain the similarity in terms of effects of kratom and coffee which we will talk about later in this post.

Many compare the effects of kratom powder with caffeine, methamphetamine, and nicotine. That’s why a lot of users feel more alert after consuming it. Some people say it helps them feel more energetic with improved clarity. Farmers and laborers in the countries of origin would chew the leaves or brew them with teas to improve productivity and ward off fatigue through the day much like coffee does. It would help them carry on with task for several hours at a stretch. Many claim it helps them with physical discomfort, but there is no concrete medical evidence to back up those claims. 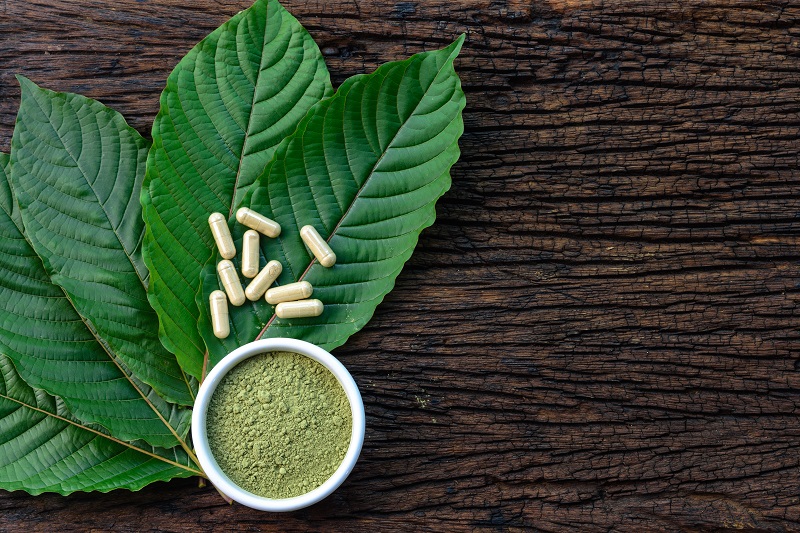 What to Expect from Kratom?

A Boost In Energy – One of the widespread usages of kratom comes from its ability to suddenly bestow upon you a surge of energy. It’s not uncommon for people to pop a kratom capsule on an empty stomach because it fires them up for the day. However, not all kratom strains can do that.  Make sure to check the type of strain before you buy a product. There are many accounts which suggest that people of Thailand would chew kratom leaves before taking on labor-intensive work. It’s safe to compare the energy-boosting effects of kratom to the caffeine high you get from a cup of Joe.

Possible Improvement in Focus – The alkaloids present in the kratom may work to boost focus and some people do feel it helps them get more work done than they are normally able to do. If you are also someone who is looking for a natural way to get a kick and gain some mental clarity, then kratom in the form of powder, capsules or even herbal teas could help you with that goal. Many users feel in a better state of mind to complete the task when they have had kratom.

A Possible Relaxant – Fatigue, lethargy, and tiredness, especially after a long day’s work, can keep people too exhausted to do anything for the rest of their day. In those times, brewing an herbal tea infused with dried kratom leaves could possibly help you achieve mental and physical relaxation. We all know that hot beverages such as coffee and herbal teas tend to naturally have soothing effects on our overall being.

What is the legality of Kratom?

In many countries, possession, sale, and distribution of kratom is banned. Many feel it’s because of the striking resemblance with how opioids work. Kratom’s working mechanism on the body is supposed to be the same.

However, in the USA, it is legal to sell and use kratom. In 2015, the DEA (Drug Enforcement Association) issued an appeal to move kratom to Schedule 1 Controlled Substances (such as marijuana, ecstasy, and LSD). It’s primarily due to the presence of two possible psychoactive chemicals found in the leaves of kratom. Schedule 1 drugs are supposed to carry the potential to cause severe physical and psychological dependence.

However, due to the protest by several associations such as the American Kratom Association and Botanical Education Alliance protest against this ‘notice of intent’. As a result, the DEA withdrew the appeal saying they needed more research to establish severity and range of risks associated with kratom usage. Each state may have a varying degree of control over the sale and distribution of kratom. Therefore, the legality of kratom may remain in flux largely.

Kratom side-effects can be mild to severe ranging from respiratory depression to possible addiction and dependency. As per numerous assessments, many people find it difficult to stop taking kratom, especially if they take it for long periods. They may go into withdrawal. Other possible side-effects include chills, nausea, vomiting, hallucinations, dry mouth, and constipation among many others.

Kratom is not controlled and monitored by the FDA. In fact the FDA did issue a public health warning in 2017 regarding kratom usage.  The real risk with this substance comes from the fact that it’s hard to establish an ideal dosage. Therefore, many people don’t know what to expect in terms of effects and may end up overdosing. Therefore, it’s important to exercise complete caution.

The Golden Monk is a premium supplier of kratom extracts that are sold for various health, fitness and many more lifestyle purposes. It is available in both powder and capsules. Many who shop with us are customers for life due to the top-notch quality of our products and excelling customer support.

One thought on “Kratom as a Natural Supplement – What to Expect”