Is There a Link Between Migraine and the Unhealthy Gut

We know that Migraine affects digestion that’s why people experience vomiting, nausea, diarrhea, constipation. These also happen to be signs of unhealthy gut. The symptoms alone suggest that there may be a link between digestion and migraines.

Several new kinds of research suggest a close link between gut and brain. The studies about this gut-brain connection offer immensely helpful suggestions for possible treatments for migraines. However, the data is still limited and we need more studies to further investigate how the two are connected.

Our gut houses trillions of microorganisms that we call gut flora. Research tells us that these organisms outnumber human cells by the ratio of 10:1. There’s also a growing body of research studying the gut-brain connection and how the microflora can cause diseases like IBD, migraine, allergies, autism, depression. 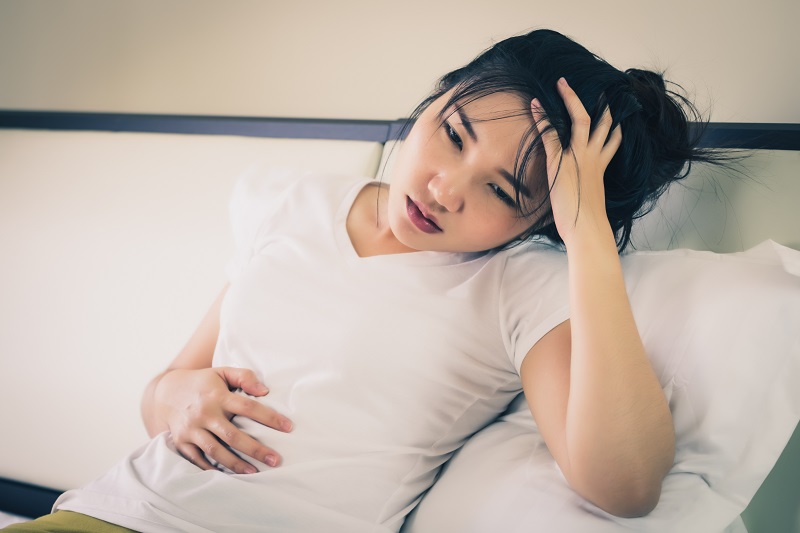 It is possible that GABA plays a major role in migraine headaches. It may also be responsible for managing the pain threshold in the central nervous system. One study found that a lower pain threshold for migraine was linked with high levels of GABA in the brain. An imbalance of gut bacteria that creates and destroys GABA may be linked with a higher possibility of Migraine.

But, we need more studies to fully understand how this neurotransmitter and gut health link to Migraine.

How Probiotics Affect Symptoms of Migraine

It seems that diet plays a huge role in regulating the gut bacteria as well as managing migraine symptoms. Probiotics in particular are thought to improve migraine symptoms. One study sheds some light on how probiotics may offer a helping hand in this condition.

100 migraine sufferers took part in this study who were placed under placebo and probiotics supplement groups every day for about 10 weeks. The findings of the study were published in Cephalalgia journal. To answer whether or not probiotics may help with migraine, the answer was a tentative ‘yes’.

At the end of the study, it was observed that the ‘probiotic group’ experienced major improvements in both the intensity and frequency of migraines. When compared with the placebo group, the total percentage of attacks had dropped by 45%.

The trial was the first of its kind that showed how a live bacteria can dramatically improve several aspects of migraines. And, while the trial may be relatively novel and we do need more confirmatory studies, these first glimpses do connect the dots between migraine symptoms, and how it can be managed with something as simple as probiotics.

Most people are familiar with the gut-brain connection; the mysterious link that says what goes on in the brain connects deeply with the GI tract and vice versa. We already know that the gut houses millions of nerve cells that connect with the brain and that carry neurotransmitters like serotonin. Studies suggest that the gut flora could affect the mental state. Multiple studies have time and again established the relationship between mental health and digestion.

It should not be surprising if we do find that the gut microbe is central to disorders including Migraine. The connection between gut and dementia, autism, depression, and anxiety is on the agenda of multiple studies. But, most of those are still in the very early stages. Also, most of these trials have been conducted on animals only.

The vagus nerve which is responsible for promoting gastric motility gets severely affected in migraine sufferers. This is the reason why migraine patients tend to experience vomiting, abdominal pain, bloating, nausea, etc.

Many migraine sufferers would have experienced and can personally attest to the fact that changing their diet also changes the symptoms. Some patients also notice that some trigger foods which they have a hard time processing also tend to cause an onset of migraine attacks.

Craving for certain foods is also a symptom of an oncoming migraine. Therefore, if you suffer from migraines, you will do with a few of the suggestions on how you can change the diet to manage symptoms.

We have enough evidence that migraines do connect with gut health. Although while we need more research, stomach health is paramount for general well-being irrespective of whether or not you suffer from migraines.

Johnny enjoys playing his part to educate the world on the benefits of alternative health and medication options.