No Valentines for Domestic Violence

Posted on January 14, 2011 by victor in Guest Blogger, Relationships 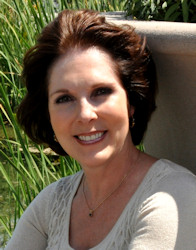 Valentines Day approaches but a familiar topic is again in the spotlight – domestic violence. 911 calls from well-known stars such as Brooke Mueller make public the frightening events of the attack by her husband, Charlie Sheen. Many wonder why women (or men) return to their abusers, or retract statements or claims, or even consider reconciliation. Although there are many factors and reasons, it is helpful to understand the three phases in the cycle of violence.

The first phase is the tension build up. This is a period of time when the abuser is functioning at a level which is consistent with his (or her) personality.  However, because of stressors, control issues, or a number of other factors, the abuser begins to feel and express anger and anxiety. Because he/she does not know how to deal with anger in healthy ways, the anger escalates into rage. Innocent partners are blamed for the abuser’s rage and the victims begin to feel unsafe and afraid. Tension within the abuser continues to build until it leads to a battering incident.

The battering incident (BI) is the second phase of the cycle of violence. This is when the abuser is most dangerous and out of control. He/she is beyond rational thinking and behaving. All their anger/rage is directed toward their partners (or children) who are frightened and extremely vulnerable. The abusers typically attack their victims in ways that injure them physically, sexually, and verbally. However, just as dangerous are the psychological, emotional, and financial threats. During this part of the cycle, the lives of the victims are at stake. Earlier in 2009, photos of Rihanna, the Pop Icon, surfaced in the media which illustrate the horrific damage that can and does take place during this part of the cycle. Too often, women (and men) return to their abuser because of the last phase of the cycle – the honeymoon.

Breaking Through Betrayal And Recovering the Peace Within

Usually, very soon after a battering incident, the abuser enters into the honeymoon phase. Feeling some  regret or remorse over the BI, or knowing that legal, financial, and professional consequences are at stake, the abuser will say or do anything to make it up to his/her victim. This phase is called the honeymoon phase because the abuser will promise and court his victim in the manner similar to the romantic stage in a relationship. His aim is simple – to convince the victim that it was not his fault (it was hers), that he will never to do it again, and he loves her. Often times, if the victim does not reconcile with the abuser, he will threaten her (or others) with even more extreme consequences.

As long as a woman (or man) stays with an unhealthy partner, or as long as the abuser does not get the treatment needed, the cycle of violence continues. Tragically, the phases within the cycles typically start to shorten in duration, thus leading to more frequent and severe attacks and beatings. The victim remains caught in a cycle of fear, helplessness, and powerlessness.

With the attention that stars such as Rihanna and Brooke Mueller bring to the issue of domestic violence, perhaps others that are in harm’s way will gain the courage to step out of or away from their violent environments. Fortunately, in 2011, we live in a time where help is available, safe, and confidential. The National Domestic Hotline is 1-800-799-7233.

Holli Kenley is the author of Breaking Through Betrayal and Recovering the Peace Within and the newly released Cyber Bullying No More: Parenting A High Tech Generation. She is a licensed Marriage and Family Therapist in the state of California with a Masters Degree in Psychology. You can learn more about her at www.HolliKenley.com