Posted on April 1, 2016 by Ernest in Ken La Salle, Living Your Dreams

April Fools’ Day (or April 1st to those not “in the know”) is our yearly opportunity to turn things upside-down, reinvent the world in its goofiest image, tease fate by seeing how far you can push it to the edge. And I’m no different from anyone else.

But rather than travelling to each of your homes to swap your sugar for salt, I thought this might be a better place to leave a few April Fools Rules For Life… 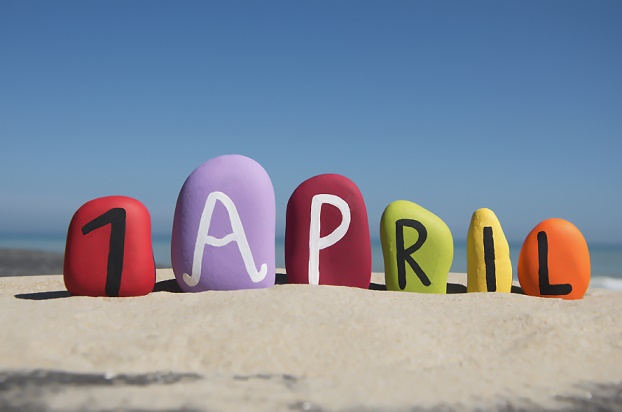 Rule #2. Never name your dog I’ve got a gun and I’m going to use it. Some other names to avoid are: I’m going to kill the president, I have drain cleaner in my socks, Eat at Joe’s, and Look out! The Homecoming Queen has a gun! For those times when you want to call your dog over in the middle of a park, pre-school, or the South Lawn of the White House, stick with tried and true names such as Tried… and True.

Rule #3. Never saw off your own head. I believe this does not need further explanation.

Rule #4. Never eat a Siamese cat if it’s still moving. Siamese cats have been known to take offense at being eaten alive and may be prone to cause a bit of a fuss, along with major bloodshed, missing limbs, and total decapitation. The good news is this method can be used in place of the method warned against in Rule #3.

The fact is that there are a lot of people ready to give you all kinds of rules every day of your life. Rules are handed down from your church, your government, your school, your place of employment – Rules come from everywhere! As shown above, some of them don’t make any sense.

And I know very well, as one who writes a regular column on Rule For Life, that the competition is intense. It’s up to you to sort through all of the rules you come in contact with on a daily basis and create from that a system that makes sense for you. Sometimes, this can be difficult, such as when a government conscripts you into their army for the purpose of killing its enemies while your religion tells you not to kill or when your employer says you have to be at work at eight o’clock sharp but your government has rules against driving over the speed limit to get there on time.

That’s because rules are not enough. The crucial step most of us “rule writers” leave out is when you integrate the rules you are exposed to into a system of living that makes sense for you. You, in effect, must live by your own rules, rules you have been exposed to, that make sense to you, which you then internalize and use as you see fit.

Any rule you live by is a rule you were once exposed to that you adopted and decided to live by. This means that there’s really no one to blame for nonsensical rules, even on April Fools’ Day, than yourself. If you see a rule that doesn’t work or a rule that is downright dangerous, it is your job to reject it, oppose it, and live in a way that makes sense for your life.

Author and Playwright, Ken La Salle grew up in Santa Ana, California and has remained in the surrounding area his entire life. He was raised with strong, blue-collar roots, which have given him a progressive and environmentalist view. As a result, you’ll find many of his stories touching those areas both geographically and philosophically. His plays have been seen in theaters across the country and you can find a growing number of books available online. Find out more about Ken on his website at www.kenlasalle.com.