What Everyone Should Know About Grandmas

Posted on December 24, 2012 by Ernest in Eldercare 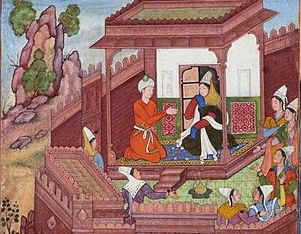 When I was nine, a family friend looked after me during the summer when my parents were at work. Her name was Rosemary and she had the kindest spirit of anyone I’ve ever known. Every day she would go to her favorite diner for breakfast where everyone knew her. The servers would greet her as “Grandma” and she’d insist that anyone else she meet call her Grandma too. Despite being 90 years old, she could keep up with any conversation and always finished every crossword puzzle in the paper.

She would ask everyone, “How are you doing?” If they gave her anything less than the truth, she’d know it. “Oh really, why is that?” and just like magic everyone’s secrets would come spilling forth. Her eyesight wasn’t the greatest and she’d have to get up close to people’s faces to really see what they looked like. Maybe that’s why she was so great at hearing the inflection of people’s voices and knowing if they meant their words or not. Something about her made everyone comfortable and she’d always give great advice to anyone who needed it.

But sometimes she would get frustrated at having to sit in one place for too long. She’d get nervous and fidgety. This wonderful lady just could not be stuck in one place; she just had to talk to everyone and find out what they were about. For years, her children had been begging to let them buy her an electric scooter. “I don’t like that fancy stuff. I get by just fine,” she would say.

She had grown up in Missouri (she pronounced it “miss-uh-ruh”) and always had to get by on her own steam. Sometimes she would tell stories about how her mother was downright awful to her. Other times she would talk about how everything was so spread out back in the old days, before cities were so crowded, and back when people had more manners.

During one of those days when she was anxious, I had a little chat with Grandma. Christmas was around the corner and I knew what Santa would be bringing her – a shiny new scooter. I had been spending a lot of time with her, and we were very fond of each other so the family asked that I bring up the idea of using a scooter because she would listen if it came from a kid.

“Why don’t you get one of those scooters Grandma, so that you can move around more?”

“Oh, they’re too expensive, that’s all,” she frowned. She had always been a very independent person, raising her kids in the Dust Bowl and getting by with not very much. Yet all of her kids had been very successful and price really wasn’t an obstacle between the five of them. It was only a matter of her letting herself be helped instead of always doing the helping.

“But then you could move around the restaurant and talk to everyone, even when your knees are bothering you.”

“I guess so.” There was a moment of reflection from this woman who had always been so in charge of everything. She asked me to read her one of the articles from the front page, clearly trying to change the subject. She liked hearing the stories about politics and then she’d provide a little anecdote about how things used to be in the old days.

I guess that was all it took to plant the idea in her mind. The next week she brought up the idea very nonchalantly.

“My son Jesse called me on the phone yesterday and guess what he said? Come here, let me tell you. I’m going to be getting one of those scooters you were talking about. I have a feeling you knew, didn’t you?” and gave me a knowing grin. She tried to tickle me but I was already old enough to be embarrassed about being tickled in front of strangers, a serious little man of less than ten years.

A month later, after all the craziness of the holidays had passed, she was wheeling around the diner as happy as ever, meeting everyone and treating them as if they were her own. Most days, she would insist on walking; but on those days when it was humid and her joints hurt, she’d be in her wheelchair, never missing a beat.

It was then that I realized that even strong people who are wise and take care of everyone else sometimes need help themselves. Just as she insisted on talking to every customer in the diner, we must insist on paying attention to those around us and giving, even if it’s just a few words of advice. Grandma had a hard life but despite this, she was the kindest, and most thoughtful person I’ve ever known.

Christy Weatherspoon is a writer living in Norfolk, Virginia. She has lived all throughout the United States and loves to travel. She enjoys the outdoors and writes regularly in several publications on this topic as well as anecdotes she has collected throughout the years. Christy is passionate about writing articles on mobility products like pride mobility scooters and pride go go scooters.