When Layoffs are a Necessity to a Progressive Company

Posted on October 12, 2013 by Ernest in Commentary

Since 2008, many American companies and their workers have been affected by cutbacks, layoffs, or down-sizing. Five 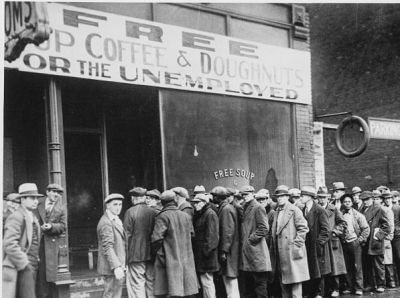 years later, company-wide layoffs are still a major concern. According to the Bureau of Labor Statistics, there were 914 layoff situations in the first quarter of 2013, with over 154,000 workers losing their jobs.

As the unstable economic situation continues, many workers have found that their positions were eliminated almost overnight. Other workers had to accept less pay in order to stay employed. Layoffs can be an especially sensitive and difficult time for a company and its workers. Emotions tend to run high amongst the staff. Layoffs are often seen as a sign that the company will soon fail. But is this always the case? Could a company actually become more successful after committing to a layoff of a portion of its workers?

The Advantages of Layoffs

While layoffs can be a source of concern for a struggling company, they can also be a legitimate way of restructuring a company to make it stronger and more efficient. A company does not have to be losing money in order to authorize a layoff.

For example, laying off a portion of a company’s more seasoned workers can create space for new talent. In this case, asking employees to consider early retirement might be a wise decision. Severance packages could also be offered. When done successfully, this gives the company the freedom to hire fresh workers who are typically younger, up to date on technological advancements, and more likely to think in innovative ways. In addition, layoffs can free up money and resources that can be applied to other aspects of the business. If the company can run more efficiently with fewer staff, then it makes sense to let employees go in order to allocate funds to where they are needed the most.

For forward-thinking companies, layoffs are about streamlining services and improving effectiveness as a business. This is practiced by companies both big and small. Recently, Cisco Systems announced that they would lay off 4,000 employees as part of a strategic growth plan after posting their fourth quarter fiscal earnings. Their CEO John Chambers has characterized it as a plan for allocating more resources to where the company might need them in the future.

While it remains to be seen whether or not this plan will benefit Cisco Systems, it clearly demonstrates that their upper-level management has given serious thought as to how a layoff will best suit their needs and improve the company overall.

While layoffs have earned a negative connotation in the current recession, this association is somewhat undeserved. When done correctly, layoffs can provide a company with room for growth, a fresh source of skilled new workers, and a renewed vision of what the company is capable of achieving.

Josh Stevenson is a current business student and marketing intern. If you’re a business owner looking for a way to streamline your software, output and support team, Josh suggests visiting: http://tiempodevelopment.com/platform-of-services/tiempos-platform-of-services.