Humans have been trying to understand “the human condition” at least since we started writing down our stories and probably for eons before that. Figuring out why we are the way we are, feel the way we feel and act the way we act has been driving literature, music and even science since humans became conscious of their own existence. 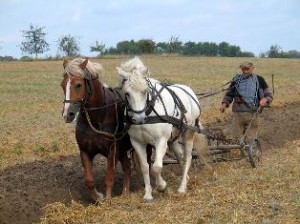 There are a lot of different ways that people choose to explore the human condition. Some people do it on an individual basis, using meditation to get to the root of their deeper selves and to try to connect with a higher (or at least) bigger “power.” Meditation has been proven to help people deal with anxiety and other types of psychological stress. This is just one example of a psychological approach to figuring out our humanity. Psychology focuses on the individual and his or her impact on his or her surrounding society.

Beyond the personal and emotional healing powers of meditation, meditation has also been proven to help with cognitive abilities and memory issues. Scientific American recently conducted an investigation into the scientific benefits of meditation that proved this to be true.  Mindfulness is another psychological method of tapping into our inner human condition and attempting to manipulate it to help ourselves be better people who are better able to relate to the world around us.

In other words, for many people, the answer isn’t within, it is without—aka—in their communities. Many people look for answers in others and in the sense of community that has been joining individuals together for millions of years.

The World Transformation Movement is an organization established to bring biological understanding of the human condition that addresses this psychological dimension to human behavior.

Other scientists, such as Dr. Daniel Anderson of The Institute for Medical Engineering and Science believe that we have figured out how to “design” ourselves to weed out those things that are considered less desirable. On a surface level, this is already happening. Reuters published a report that says the ability to “edit” a person’s DNA to eliminate a person’s risk of contracting genetic conditions is now possible. This means that everything from alcoholism/addiction issues to baldness can be isolated and engineered away.

There will, of course, be repercussions for this that we can’t understand yet. Just like the germs and viruses that invade our systems now have had to beef themselves up to get past our sterile environments and obsessive use of sanitizer, it is possible that old long thought dead conditions could return as we focus on the diseases we deal with right now.