What Happens in the Brain When Teens are Bullied 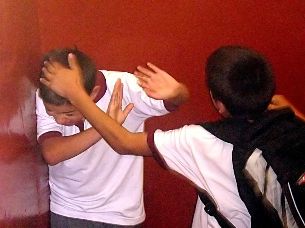 Teenage bullying is not really news that’s so new to anybody. We often hear kids and teens alike being bullied in schools. It seems that even when schools are trying their best, they still can’t keep teens from being bullied.

One question experts have raised in this matter is what happens in the brain when teens are bullied. We have always known how bullying can be traumatizing, but not that many are well-versed in how it can affect a child’s brain.

Fear is a powerful weapon that can affect the brain in far more ways than we know. The benefit of fear is that it can help you live through danger, but it can destroy you if you’re not strong enough to control it. Bullied teens are most likely to feel fear more than anything else. And you’d be surprised to discover what happens to the brain when teens are bullied, with fear strong in their mind. It turns out that the effects of bullying goes deeper into a teen’s brain, and leaves a psychological scar that continues to develop as a child grows older.

So how does bullying affect the brain

1. It throws brain hormones out of its normal functions

Bullying, like sexual harassment and physical trauma, throws the brain out of its normal functions. Instead of being fully developed, the neurons in the brain reduce connectivity with other neurons and therefore sabotage its normal functions – like the growth of new neurons. The anterior cingulate gyrus is the part of the brain responsible for our fear response. When we are threatened, this part of the brain works to either calm us down or fight the threat posed before us – the fight or flight stimulus. It’s also the part responsible for empathy. It would seem that empathy isn’t exactly what the brain of a teenager feels when he is being bullied. Instead, the urge to fight back is strong. But the fear emotion is strongly represented in the brain as well, and prevents a teen from acting positively to the situation.

2.  It makes a person impulsive, aggressive, and constantly anxious that might lead to teen depression

Bullies may be the products of unhealthy environments; nagging and uncaring parents, bad peer influence, or being bullied themselves when they were younger. The amygdala is the part of the brain responsible for responding to environmental emotional stimuli, and therefore helps us to deal with stress. However, bullying makes the amygdala respond beyond its normal active response. When the amygdala is subjected to conditions like constant bullying, one’s emotional stimuli becomes affected, and teens are left to become more impulsive, aggressive, and permanently anxious.

This is a good cause for concern if your teens are displaying heightened impulsive or aggressive tendencies with everyday things. Your teenage child may look fine on the outside but troubled teens dealing with bullying usually don’t display symptoms until it is too late. Find out what you can about the signs and symptoms of bullying, and help your teen deal with it before it permanently affects the way his brain operates.

Kaylee is a family counselor in Dayton, Ohio, and specializes in problems affecting troubled teens in middle school and currently partners with Online Degree Enlightment.

Radical Parenting: What Happens in the Brain When Teens are Bullied?;

Boston: Inside the Bullied Brain;