Kerry Kennard on Composing Music for ‘Hail To My Fairyland’

Today RTS shares a chat with Ohio-based musician Kerry Kennard, who composed the music for Ernest Dempsey’s first solo release Hail To My Fairyland. The song, just released, is live on all major streaming services and can be stream off the HearNow page. 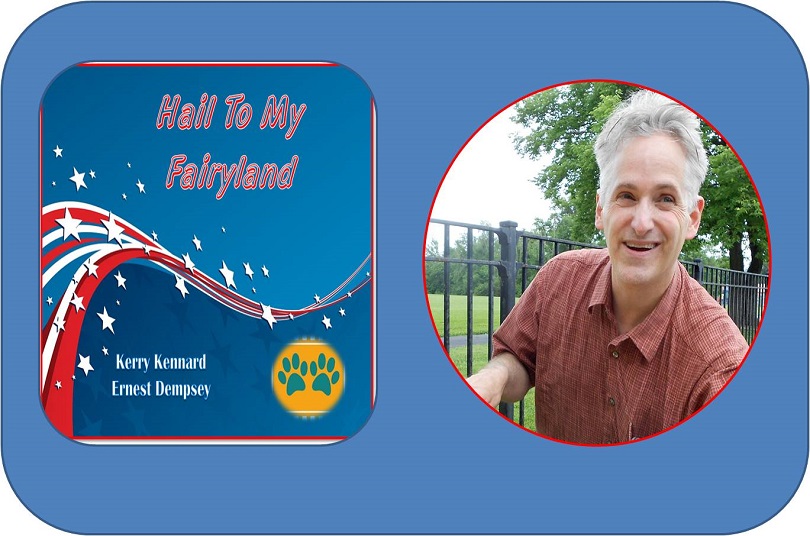 I attended Wright State University for two (2) years, and then transferred to Belmont University to receive a Bachelor of Music in Percussion Performance. In 2019, I finished an Online Master’s in Jazz at University of Arkansas (Monticello). I also studied at the Eastman School of Music to learn Creative Music Making and African drum studies. Lastly, I attended the University of Dayton for Percussion, Music Technology, & World music, and Samba schools in Salvador/Rio, Brazil for Samba studies.

I have been performing since 1984 for theatre shows, bands for rock, jazz, R & B, Circus (Great Wallendas), swing bands, American Entertainment Productions show band (One year), and performed with Holland America Cruise Line for three (3) years. Recently, I performed Musicals at Sinclair College, jazz bands, as well as Church music in the area. I have been teaching since 2004, both privately and for local studios, offering all styles.

Is there anything new or special about this song’s music that you felt in contrast to your previous work?

It is my first time writing a melody for voice, instead of instruments. Next, most of my instrumentals have contemporary arrangements, whereas this Song has a more predicable chord progression, i.e. I-IV-V, or ii-IV-V- I, patterns typical in most Songs. Granted, the nice intro seems to bring the person into the composition, though it doesn’t stay in the same tempo. The upbeat march-like feel adds to the patriotic mood, enhancing the word choice of this piece.  The key change later helps build the piece creating a more modern and contemporary sound, in my opinion.

Does this song remind you of any favorite hit of yours? If so, in what way?

No, not really. Being a song instead of an instrumental, it is different from what I’ve written in the past. The melody is a lot different, since working with Ernest’s ideas for the melody. The intro might sound like some of the instrumentals, since orchestrated from my style of music writing. The ‘Under water – TV’ cue and ‘Acceler Siccerela’ have nice intros leading into the main body of the piece and reflects similar instrumentation, though the sound is a lot different in Hail to My Fairyland.

Tell a little about the technical aspects of the music you composed for the song and why you chose those particular ones to apply to the lyrics of this song?

In one of the verses, I had to use a few more notes to fit the current phrasing. So, I chose to use a Triplet which helped with the word choice and keep the same musical phrasing from the first two Verses in Hail to My Fairy Land. As I said earlier, “The key change later helps build the piece creating a more modern and contemporary sound.” I started out using the same key for the length of the song. Adding the key change helped gave the energy boost on the last verse and Chorus, towards the end of the song. Anna did great nailing the melody in this section.

What are and a few of your top favorite musicians and singers and how they inspired you?

Some of my drumming influences are from Alex Acuna, Dave Weckl, Danny Gottlieb, and other percussionists, i.e. John Riley’s Jazz books. Alex’s smooth and complex style encouraged me to perform those percussion parts and have enjoyed the music he created, especially with the Koinonia group.

And what did you learn anything from listening to music of some popular stars?

Are you currently working on any album or solos? Tell a little about them.

Coolin’ is a jazz/R&B Project needing recorded. Coolin’ came about while driving back to Belmont University one day – I rushed in and wrote down the progression. Ever since those days, the music keeps evolving, making it a stronger piece. This project is all instrumental; two of the ballads were made from women relationships who meant a lot to me. “Vicky’s Love” was written back during undergrad years at Belmont University. “Sentimental Suzi” I wrote while on the cruise ship gig.

I recently wrote a Solo Latin tune in less than a week. It is called “See me Tonight”. Listening and looking at Tito Piunte’s CD, I received inspiration from one of his tunes, while still staying true to the intended vibe of this piece.