Healing On the Run

Harry Houdini is remembered as a great escape artist. You would put loads of chains on him and he could get out of them, becoming free. This skill of his was entertaining to people. They loved seeing him escape to freedom. Hardly anyone doubts that Houdini’s skill of escaping chains and confinement was actually art.

In the realm of psychology, do we consider escaping an art? Or is it a negative way of managing stress? 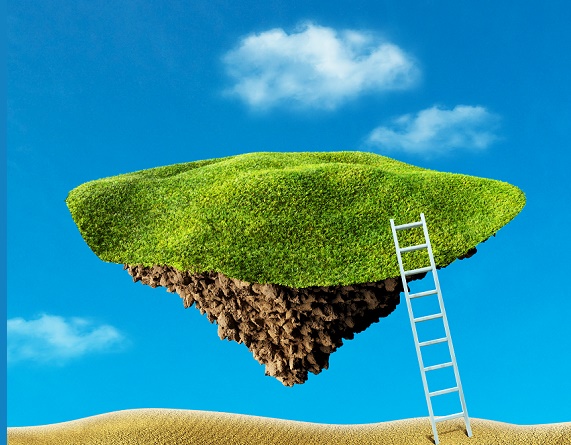 Growing up in a small town in Pakistan’s northwest, I knew loneliness firsthand—a deep, inherent sense of being alone amidst people. Loneliness was my constant companion. Paradoxical, I know, to say so. At the same time, I took fancy to the lively, adventurous, and inspiringly unconventional characters in TV shows from the west—my gate to the other world. Between my immediate reality of loneliness and stress and the remote other world, my mind created a new world—that of creative mental play.

Mine was a world where all these characters endlessly engaged in all cool things—picnics, banter, combat with the bad guys, games and sports… you name it. Unlike the people around me, they didn’t age or die or change by the real world’s laws. I, like the most generous creator, made them immortal. And while they lived in a safe and exciting world, their creator had to live for a good while in the boring, routine, stressed world each day.

It didn’t take my mental paradise long to take the form of writing. I started writing at age twelve. The more ethereal pleasures of imagination and memory started getting chronicled on paper. This marked the birth of my creative pride. But it took about a decade or so for me to face the word “escapism”. I had probably known it all along but didn’t pay much heed—it hardly occurred to me that the real world has more of a claim to me than I had assumed all these years while foraying away from it would be called a certain word.

The negative overtones of “escapism” as it was discussed in literature, particularly in the field of psychology, were quite obvious. It made me see a fugitive in the mirror every time I stood before it following a session of mental play. And it was more so if I didn’t materialize the mental play in written form. Pride has a dark side, and mine had started slowly gnawing at my self-esteem. Now I could see I wasn’t just creating; I was on the run from a world which had ordained that being on the run was the main indication of a coward, a worthless person, and so on.

Yet in the darkest days and nights of my life, I had to be on the run. Every time the real world failed me, I had to escape—to make a quick leap into the realm of my immortal friends, who celebrated my presence without worrying whether I had got enough money or a job or words of respect from people in the real world. To heal the wounds of the real, and thus get ready for keep going, I needed an escape into the virtual.

But is it bad? Is it something to watch with caution that I could go into the virtual, heal, and return to the real as a stronger and tenacious being? Isn’t it an art, something to celebrate?

In my view, escape is a life-saving means—a tool, a resource, and a basic right to have an alternate, safe, and nurturing world where one can replenish one’s existential energy. It is an art—a therapeutic art. I would learn many years later, with my introduction to the practice of guided imagery used as therapy, the value of mental play.

Houdini could escape chains and confinements He was a fabulous artist. And so are all those lonely souls who have, over time, interiorized the art of escaping the disturbing reality at the right time without burning all boats. Escapism is not a negative trait or habit; you just need to whet your command of its operation to make the most of its healing power.