Know More about CBD and THC for Panic Attacks

Posted on November 19, 2019 by RTS Editor in Anxiety and Depression

In the US, the legalization of medical, industrial hemp has been set. This is because the hemp from the cannabis plant was shown to treat various medical conditions such as anxiety and panic attacks.

The research is still ongoing to establish the safety of hemp and cannabis oil. Read more about finding the safest oil in sites such as CBDKratomExperts.com. But some people claim that using them has relieved them their depression, panic attacks, and stress.

This article tries to clear up some of the misconceptions people have with cannabidiol or CBD oil and how it can be used to treat panic attacks.

What is a Panic Attack?

A panic attack is an intense fear that a person feels without any apparent cause. This is a very frightening experience for those people who have it. They feel like they are having uncontrollable seizures, heart attacks, or think that they are dying.

A panic attack can occur once and disappear once the trigger is not there. However, there are people with recurring episodes that can last throughout their lives, and this is called panic disorder. These aren’t life-threatening, but they can certainly affect a person’s health and social interactions.

Some people sweat and shake uncontrollably. They experience nausea, chest pains, and cramping in the abdomen. Most people have an intense fear of having another episode just when the first one is disappearing. Therefore, they avoid situations where their panic attacks can occur. This can significantly negatively impact their lives if they aren’t able to address it early.

Although many are still unsure of the cause of panic attacks, some studies suggest that factors such as genetics, major stressors, temperament, and brain functions all play a role in triggering it.

They can come without warning, and they can be increased in early adulthood and late teens. Some who experience this might have lost a loved one, suffered a traumatic event in the past, made a significant life change, taking extra caffeine, or has a history of physical abuse.

CBD as a Treatment

Cannabis was used by a lot of people in ancient times to calm themselves. In the 19th century, the introduction of marijuana to treat ailments was introduced into Western Medicine. The tetrahydrocannabinol and the cannabidiol derived from the plant cannabis were able to calm patients down and alleviate their pain from their medical conditions. Know more about the difference of CBD from THC here: https://medium.com/cbd-origin/cbd-vs-thc-the-difference-explained-b3cfc1da52f0.

Many sufferers who want to use an alternative have resulted to using CBD oil to alleviate their symptoms. Most doctors prescribe medication, depending on the disorder. The most popular ones can be Klonopin, Valium, and Xanax. Some antidepressants work on the serotonin levels in the body. Serotonin plays a considerable role in a person’s mental health.

When the body doesn’t produce enough serotonin, anxiety, and depression can generally be felt. There are inhibitors like Prozac that act on the central nervous system to reduce stress and other depression symptoms.

The downside is that these medications have side effects, and long-term use can impact a person’s health. Most people complain about being drowsy, or they can’t sleep at night because of over the counter medicines.

A tranquilizer like a valium can be highly addicted. Most patients can’t stop taking them even if the symptoms have subsided. For many patients, they can’t handle the adverse side effects, or they might get addicted to using them that they are looking for alternatives instead.

Natural Remedy is Found in CBD 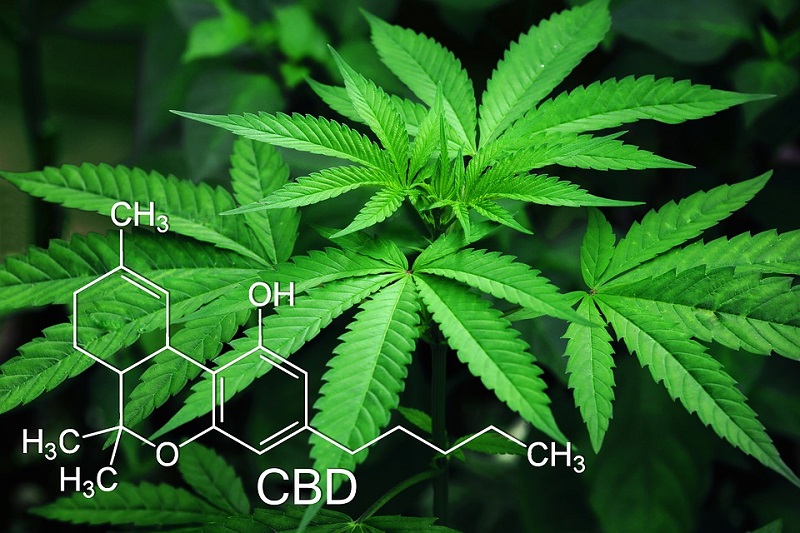 Cannabidiol or CBD oil is derived from the hemp plant. This might be where marijuana also comes from, but the difference is that the former contains lesser tetrahydrocannabinol or THC. The user can take them to relieve pain, anxiety, and panic attacks without getting a psychoactive side effect.

CBD binds with the bodies’ endocannabinoid system and produces relieving effects on the users. CBD oil does not make you high, but this can provide the same relaxation and act as a pain reliever like what marijuana does.

In recent years, there are a lot of anecdotal pieces of evidence that show CBD is effective in calming a person. People who have anxiety and panic disorders say that their bodies showed a positive response to the oil, and they can sleep better at night. Some of the benefits listed in the studies include:

One of the most frequently asked questions is how much dose should one take when it comes to panic attacks. But this question does not have a direct answer.

The cannabidiol is not officially regulated and should not be considered as a primary treatment for panic attacks or any disorders. Having said this, there’s no transparency in the dosage, so one should start small.

The doses can vary, but it is essential to take small amounts at first to see how your body will react to it. It is necessary to know that the oil will take time to be incorporated into your bloodstream fully. So, you need to stick with a little dose for a few days to see how you react to it. Aside from oil, there are also tablets, edibles, vape juice, and other products that you can take.

Due to the positive anecdotal evidence that many people say, there’s a massive possibility that cannabidiol can be used in panic attacks, although much research is needed to confirm this. You can always consult with your doctor first before you take anything.

Note: It’s important to read about any/all side effects/health risks involved with using CBD or any other substance, pharmaceutical or natural/herbal before using it. Read in detail about CBD Oil here.