What Is Distemper in Dogs and How Can You Prevent It?

Did you know that obesity is the number one health issue in dogs? According to the Association of Pet Obesity Prevention, nearly 20 percent of all dogs are obese.

Other common health problems include arthritis, cancer, diarrhea, and dental disease. Canine distemper is another condition that you want to watch out for.

Not only is it highly contagious, but it can be potentially fatal in some cases. Fortunately, however, there are several things that you can do to protect your furry friend.

Want to learn more about distemper in dogs? Because that’s what we’re here to talk about! Keep reading to learn more! 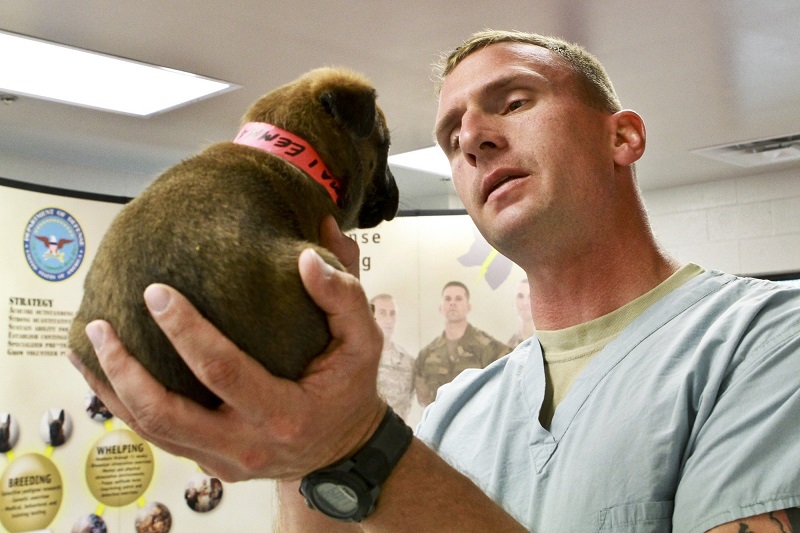 What is Distemper in Dogs?

Canine distemper is a viral disease that attacks a dog’s gastrointestinal, respiratory, and nervous systems. What’s interesting is that the virus is related to the measles virus, which causes disease in humans.

Aside from dogs, the virus can affect wildlife such as raccoons, skunks, wolves, and foxes. In addition to that, it can also infect ferrets.

Highly contagious, it often causes severe disease in the host.

What Dogs Are At the Highest Risk?

All dogs can develop distemper. However, puppies (younger than four months) and unvaccinated dogs are at the highest risk. Older dogs are also more susceptible to the disease. Why? Their immune systems tend to be weaker.

Visit your vet immediately if you suspect that your dog is showing symptoms of distemper.

The signs of distemper depend on how advanced the disease is. Generally speaking, there are two stages—during the first stage, a dog will experience fever, loss of appetite and nasal discharge.

In some cases, their paw pads may also harden. This can make it difficult for them to walk. Canine distemper is sometimes referred to as “hard pad disease.”

As the disease progresses, a dog will start to develop neurological symptoms. For instance, they might experience seizures, muscle twitching, convulsions, or paralysis.

It’s not uncommon for dogs with weak immune systems to succumb to the disease within a few weeks.

How Does Canine Distemper Spread?

The virus spreads in two different ways. First and foremost, it spreads through the air—that is, an infected animal will release aerosol droplets into the air when they sneeze, cough or bark.

In addition to that, a dog can become infected if they come into contact with an infected animal or object. For instance, it’s not uncommon for the virus to be present on food and water bowls.

There is good news, though—the virus itself does not survive long in the environment. Most disinfectants are also strong enough to destroy it.

The risk of infection is still high, however, if you’re around an infected animal. Why? They tend to shed the virus for several months.

How is Canine Distemper Diagnosed?

The first thing that your veterinarian will do is perform a physical exam. In addition to that, they’ll look at the vaccination status of your pet.

Depending on their symptoms, they might go on to conduct other tests such as an antibody test, which will allow them to see whether or not they’ve been exposed to the virus. Electrolyte and urine tests are also common.

In some cases, they might also perform a chemistry test to evaluate the function of the kidney, liver, and pancreas.

How to Treat Canine Distemper

As it is, there is no cure for this viral disease. With that said, it is possible to treat the specific symptoms. For instance, a veterinarian can give the dog medications to alleviate diarrhea and vomiting. Fluids can also be given to prevent dehydration.

Given the potential complications, infected dogs should always be hospitalized. Not only will it be more comfortable for them, but it’ll also help to prevent the infection from spreading.

It’s important to monitor for pneumonia during the acute stages of the disease. The central nervous system should also be monitored as the dog can experience neural disturbances.

At the end of the day, their survival rate will depend on the strain of virus (certain strains are more deadly than others). The strength of their immune system also plays a role.

While uncommon, recovery is possible. With that said, it’s not uncommon for dogs to experience seizures and other symptoms for up to three months after their recovery.

It’s important to note that fully recovered animals do not carry the virus.

The good news, though, is that canine distemper is entirely preventable through vaccinations. More specifically, your puppy should receive vaccinations at 6 to 8 weeks of age, and then again every 3-4 weeks until they are four months old.

For maximum protection, always make sure that your dog’s shots are up-to-date.

Another thing that you can do is keep them away from wildlife. You never know when they might come in contact with an infected animal!

Last but not least, you want to be careful when you’re socializing your puppy with other puppies. If possible, make sure that they’ve all received their vaccinations; avoid letting your dog play with unvaccinated dogs.

Note: It’s important for safety reasons to read in detail the side/adverse effects and health risks associated with vaccines. You can read the side/negative effects of distemper shots on this page.

Hopefully, that gives you a better understanding of distemper in dogs. If anything, the best way to prevent the disease is through routine vaccinations. Why put your pet at risk when you can do something about it, right?

Do you have anything that you’d like to share about the topic? Feel free to let us know in the comments below!

One thought on “What Is Distemper in Dogs and How Can You Prevent It?”