Want to Age Slow? Mediterranean Diet Could be Your Answer

Posted on February 27, 2015 by Ernest in Aging, Nutrition

Various regions of the world have a range of different food cultures and when it comes to the question of what is healthier to eat, it’s difficult to reach a categorical conclusion that ranks one specific region’s food as healthy in all respect than other regions’ cuisines. However, quite few studies have attempted to seek this answer. 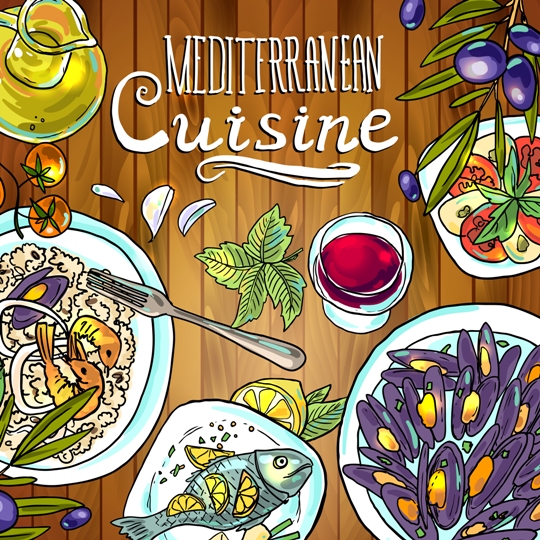 A recent study titled “Mediterranean diet and telomere length in Nurses’ Health Study” found that Mediterranean diet can slow the process of aging in people. The study by Marta Crous-Bou of Brigham and Women’s Hospital and Harvard Medical School, Boston, and his team was published in The BMJ of British Medical Association in December 2014.

The population based cohort study involved over 4600 participants, all disease-free women whose telomere lengths were measured in association with Alternate Mediterranean Diet score—the score was obtained from the data reported by the participants.

The study found that Mediterranean diet is associated with longer telomeres, which scientists have already known as a biomarker of slower aging, or longer lifespan. The introduction of the BMJ paper of the study also listed the main components of Mediterranean diet. These include: Vegetables, fruits, nuts, legumes, and grains (mainly unrefined); more olive oil but less saturated lipids; moderate intake of fish; less dairy products, meat, and poultry; and a regular but moderate intake of alcohol (specifically wine with meals).

While many media headlines about the research ran as “Mediterranean diet could slow againg”, I liked those better that ran as “Mediterranean Diet May Help Women Live Longer, Healthier Lives” since the study was gender-specific and had only female participants. Aside from this, the study should be read as dealing with only one factor as other factors like stress, rest, and exercise all contribute to healthier and long-living cells in the body.