Posted on July 7, 2017 by admin in Addiction
The Complicated Psychology Of “Hitting Rock Bottom” 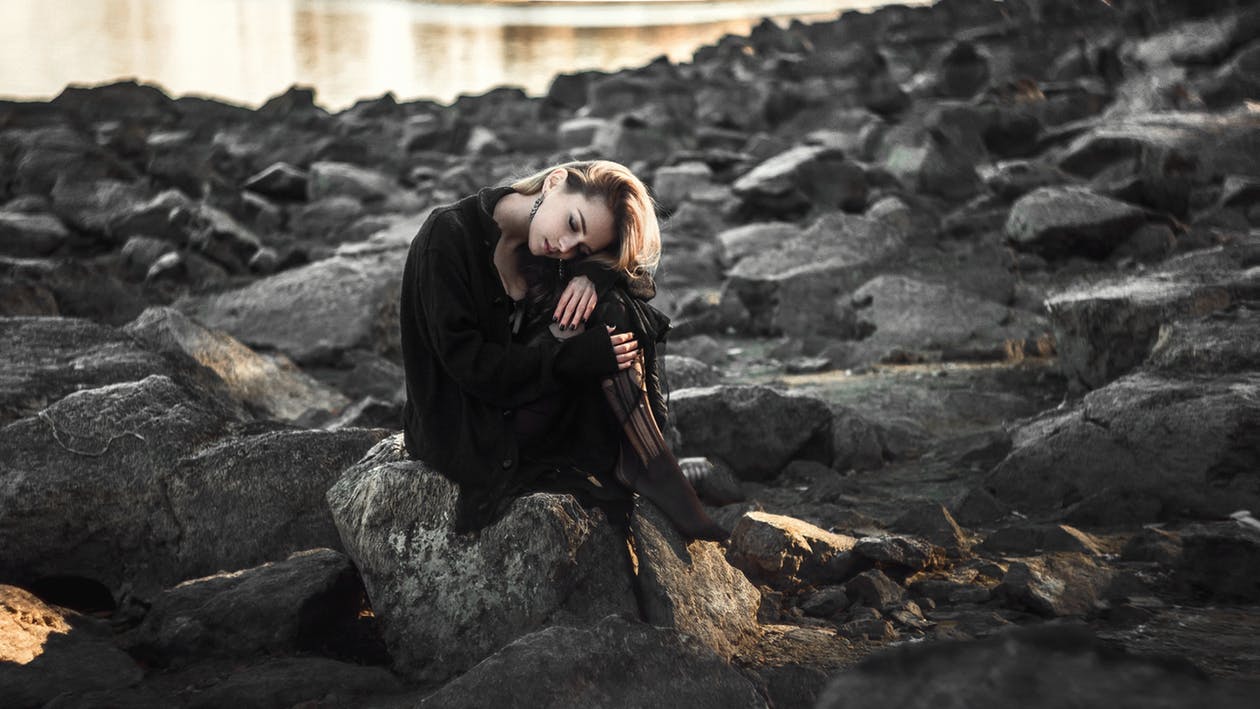 Life’s greatest moments wouldn’t exist without experiencing their evil opposite; and for some of us, when we’re down, we’re really down. Hitting rock bottom puts you in the category of This Really Can’t Get Any Worse; but many believe that this is promising news, as the only direction you have left to go is up. What do experts and medical professionals think of the psychology behind hitting rock bottom?

Rock bottom can look different from person to person: it might be a battle with addiction, severe financial troubles, or an unhealthy relationship that simply can’t go on. For some people, this serves as a wake-up call — an “epiphanic moment,” says PsychCentral. It’s in this moment that one becomes away of their destructive ways — maybe a drinking problem, extravagant spending, or toxic behavior in a romantic relationship.

Something powerful happens when you hit rock bottom: you experience a new kind of self-realization. You finally realize you’re in significant pain and have lost too much. This sense of realization isn’t something you’re typically aware of when you’re caught up in the storm; instead, it will frequently appear when you’re sitting there empty-handed, wondering, “What’s left?” Sometimes, we have to lose everything that matters to finally see clearly.

Not everyone is onboard with the concept of rock bottom, though. Why? For starters, says Peg O’Connor, Ph.D., it perpetuates the assumption that the only way to get better is to reach your absolute, definitive worst — that rock bottom is a necessity to finally see improvement. This could actually keep people from seeking help and making positive changes, because they’re operating under the belief that things aren’t that bad because they could always be worse. We rationalize destructive behavior by comparing ourselves to a standard of the very worst and devastating conclusion we can think of. In reality, one needn’t wait to hit the absolute worst before deciding to be better. In many cases, we’re simply procrastinating if we do.

But what’s going to motivate you if you don’t see just how ugly your situation can get? Will you still experience that epiphanic moment if you don’t wait until you hit bottom first? It would seem so. Craig Field and his colleagues discovered that it’s actually people with less emotional stress and fewer severe problems who demonstrate more motivation to eliminate destructive habits. All you need to realize, really, is that you need to make a serious change in your life.

David Sheff, author of Clean: Overcoming Addiction and Ending America’s Greatest Tragedy, echoes a similar thought regarding waiting for rock bottom — in this case, in the situation of substance addiction: “Experts advise parents of it, but the reality is that studies show people who are coerced into treatment by way of their parents or even the legal system have an equal chance of doing well as those who ‘choose’ to be there.”

Drugabuse.com makes an interesting comparison: would an oncologist tell a patient to wait until the cancer has metastasized before they sought treatment? No. So why would we behave as such with other illnesses, like addiction? (Yes, addiction is an illness.) Of course, these scenarios are not the same thing, but it raises an important question: why wait until life can’t get any worse to see how we could make it better? Why wait until you’ve spent every last penny you have until you consider being more financially responsible? Why wait until your romantic relationship has gotten so bad that there’s no way to ever fix it? Why wait until smoking has consumed your lungs before you finally decide to cut back a little?

Not every rock bottom situation (or one that comes near) is totally on you; sometimes, it feels like we’re caught in the proverbial sh*tstorm, and bad things just keep happening. We don’t know why. Maybe you lost your job, and then you got dumped. The next day, you locked yourself out of your apartment. It’s not an addiction, but the conclusion you draw is the same: something has to change.

There is no one-size fits all answer to this approach; even medical professionals and mental health experts seem divided on the matter. Rock bottom doesn’t have to be evil; it also doesn’t have to be necessary, either. The sooner you realize you need to change, the better — don’t wait to see how bad it gets.

If you’re dealing with drug addiction and you want help, call the Drugabuse.com hotline; if you are feeling suicidal or just need to talk to someone, call the free National Suicide Prevention Lifeline at 1-800-273-8255.