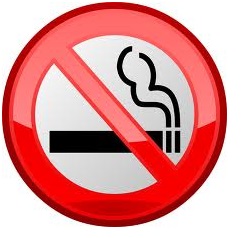 Since 2003, the general advertisement of cigarettes has been banned and now electronic cigarettes seem to be suffering the same fate with the recent announcement that e-cigarette brand ‘Nicocigs’ must change and adjust their advertisement accordingly.

According to news.uk.msn, the advertisement produced by Nicocigs, which was headlined with the phrase ‘kicks butts’ bears a striking resemblance to the marketing campaign ‘kick butt’, which encourages the youth and others alike to stop smoking. ASA, the advertising standards authority, made the final decision.

ASA is the UK’s number one regulatory body and monitors and enforces regulations surrounding advertisement across all types of media including that found on the internet and television. The company aims to act as a pro-active body that deals with complaints from those who wish the business to take action against advertisements they deem to be misleading, offensive, or even harmful.

ASA’s mission is to provide the public with a safe and secure regulatory body whom they can go to should they be faced with any issues in regard to advertisement. Not only this, the company’s values include maintaining a reliable and ethical status while acting with integrity in any given scenario.

They stand by their claim of being fully accessible by the general public and work toward providing a fair, high-quality and above all, professional service.

To support ASA’s decision to ban the advertisement, it has been said that two people actually complained the ad was misleading as it was said to imply that an electronic cigarette can be used for smoking cessation.

In defence of their chosen marketing campaign, Nicocigs, which manufactures and sells Nicolites, went on to say that “the phrase kicks butt was not a phrase that suggested any medicinal benefit and therefore the product did not require nor did it have any marketing authorisation from the medicines and healthcare products regulatory agency.”

In response to public and expert concerns about the striking similarity between the two campaigns, Nicocigs said that, “it had no knowledge of the project and did not intend to associate itself with it.”

While ASA did note that Nicocigs had an authorised sponsorship arrangement with Birmingham City Football Club and openly admitted that the phrase used in the advertisement could in fact be associated with football or sport, they also said, “We were concerned that, given the similarity between the phrase ‘kicks butt’ and the smoking prevention campaign ‘kick butt’, consumers were likely to believe that the product was in some way associated with kick butt and they therefore were likely to believe that the product was suitable for use as a smoking cessation device.”

“Because we considered the ad implied that consumers could use the product for smoking cessation and we understood that the product had not been licensed by the MHRA for that purpose, we concluded that the ad breached the code in that regard.”

On a final decision, ASA ruled, “the ad must not appear again in its current form. We told Nicocigs LTD not to imply that their product could be used as a smoking cessation aid in future advertising.”

However, this isn’t the first time that an e-cigarette ad has been banned from public viewing as E-Lites got caught on the receiving end of ASA when they failed to make it clear that their products contained nicotine. This particular advert received a total of 65 complaints stating that the company was irresponsible and made the effort to normalise smoking, which closely followed ASA’s decision to rule against the advertisement being aired.

The TV advertisement featured a family who were being shown to admire an infant who, when his father leaves the room to have a smoke outside, suddenly began performing the Gangnam Style dance moves. The advert concluded by headlining the text “e-lites, what are you missing?”

A total of 42 complaints, one made by Smoke Free South West, claimed that the advertisement was working toward promoting a nicotine-based product and normalising the action of smoking or the use of the electronic cigarettes available from the brand.

A further three challenged the advertisement by saying that the use of the infant made it apparent that the ad could spark an interest in children, however, and breached the code by openly referring to smoking.

Read more of this story here.

So, what do you think about the advertisement of electronic cigarette starter kits?