5 Vices That the Media Tends to Glorify

Posted on October 7, 2015 by Ernest in Addiction, Society and Culture

Movies and music have a tremendous impact on the world that we live in. Our media has great influence on the culture that we develop as we continue to grow as a civilization, especially on the minds of our young folk. More than a little troublingly, our media usually ignores its own place in the world, and has a tendency to glorify many things in a heavy-handed way. Nobody would ever accuse the media of being realistic, and that isn’t necessarily their job. In terms of the service they provide, they tell stories to create escapes and visceral impulses. However, their platform does give them a responsibility to recognize how they are affecting the world and, more specifically, how they are harming it. Here is a list of vices that our media tends to glorify… 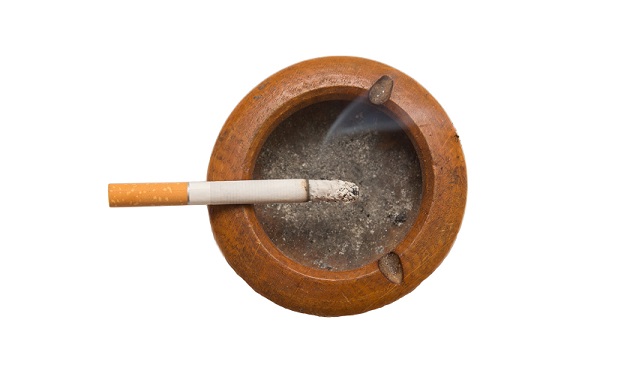 In the movies, cocaine is often shown as the ultimate party drug. The ultimate substance for having a good time. While there is definitely a layer of truth to this because of the chemical effect on your brain and the social nature of the drug, the media often neglects to show the negative side of a cocaine lifestyle. If all you ever show is scenes of characters partying (or having ecstatic amounts of energy) then it tends to create a sort of god-like status around cocaine. And, while there are certainly films that show the use of cocaine use cynically and expose a bit of its dark underbelly (such as The Wolf of Wall Street), the vast majority do not. For more information about how the media glorifies cocaine, check out this blog post here.

The film industry doesn’t just have a tendency to prop up cigarette smoking today, it actually is responsible for helping to build the tobacco industry in the first half of the 20th century. The act of smoking a cigarette is typically shown as a sleek and elegant in the movies. Indeed, it is almost synonymous with the classicism of the cinema, itself! When old film directors wanted their actors to be doing something with their hands during a dialogue scene, the go-to answer was almost always to have them smoke a cigarette. To this day, while there have been films to show the negative sides of other substance abuse, it rarely has given that treatment to cigarette smoking.

In a similar vein as the glorification of cigarette smoking, alcoholism is too often shown in an elegant way that romanticizes what should be treated as a mental disease that should be treated as such. Alcoholics in the media are usually shown as tortured, misunderstood souls. They are the kinds of characters that usually work as artists or writers, but operate on a deep level that other people could only dream of, all while some poor, naive romantic interest tries to dig down and get close with them. This treatment does a great disservice to real people who struggle with alcoholism, and at the same time reinforces to artistic youth that they must embrace this lifestyle to be viewed as a real “artist.”

While most adultery in real life happens because an individual gets caught up in the lust of the moment, media tends to stay there and never moves beyond that moment, giving itself a sophomoric view of a complicated personal issue. Constantly keeping the scope in which we see adultery at the sexy and passionate level does a disservice to the stories that they are telling by failing to give depth to characters. Even worse, though, is it reinforces a shallow culture that is obsessed with instant personal gratification and selfishness. Obviously, this is a topic that needs to be shown and addressed with tact. While not all adulterers need to be viewed as antagonists or villains as they were in TV shows of the 1950’s, media should try to take a more nuanced approach to the subject.

From war films, to action flicks, to suspenseful thrillers, the bombardment of floozy violence that the modern day audience is subjected to is overwhelming. While there are some who are against violence in the media, that is not the stance of this article. This is also not a criticism of R rated violent films that show blood and harrowing violence. This is a criticism against the types of violence that we see in PG and PG-13 rated films, which is too often shown in such a light manner that lacks any real consequence. We have become dramatically accustomed to seeing ridiculously high body counts stack up on the screen without any consideration being taken for lives being lost. Treating such mass amounts of death as sheer spectacle is making audiences numb, thus risking the ability to empathize with characters in a meaningful way and reducing the emotional impact that media can have. Say what you will about the R-rated horror film that is filled with gore, at least that is a tangible consequence of the violence.

2 thoughts on “5 Vices That the Media Tends to Glorify”