5 Signs Your Teen is Doing Drugs and How to Help

Posted on March 12, 2013 by Ernest in Addiction, Mindfulness 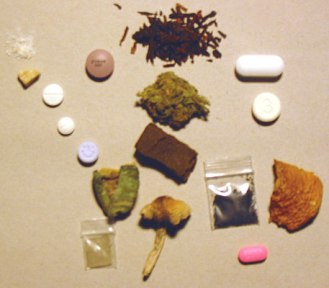 Drug abuse is frequently manifested by warning indicators, but many parents fail to notice these signs since they are often labeled as common teenage behavior. Aside from the general teenage angst, teenagers will show signs of drug use. Here are five signs your teen could be doing drugs and what you can do to help.

Teenagers are usually concerned about the way they look and very picky about their clothing, grooming, and overall hygiene. Those who are abusing substances often begin to focus less on their physical appearance. In many cases, there is an abrupt weight loss without exercising or being on a diet.

Teens enjoy privacy, but excessive efforts to block family members from getting inside their rooms or knowing their whereabouts may indicate drug use. They also spend more time out of the house and are often heavy-eyed and drowsy when they finally do come home. Other signs of teen’s drug abuse include constant irritability, frequent mood swings, and aggressive behavior.

Heavy consumption of over-the-counter medicines to reduce eye reddening and chewing mints to cover up breath may be signs of drug abuse. Long hours of catch up sleep after a long period of sleeplessness may also indicate substance misuse.

Abrupt requests for money without a sensible explanation for its use may be a sign of drug addiction. A parent may also find money stolen from previously safe places at home. Usually, teens who are abusing drugs participate in dangerous activities, such as stealing and selling off items at home just to get constant drug supply.

Loss of concern in school activities and failure to accomplish duties that lead to complaints from teachers may also indicate drug misuse. Problems in school, such as missing classes and school activities, bad grades, failed quizzes and tests due to lack of focus are the primary symptoms of teen drug abuse when looking at school problems. They also go to school late and are often inattentive in their classes.

It is important to note that none of these is a sure sign that your kid is abusing drugs. However, if you notice many of these changes in your teen, then it could be a sign of worry. Teenage drug addiction can seem frightening to deal with, but there is a ready help and hope for your teen.

“Our treatments assist parents in dealing with their children and educate parents on drug abuse,” says a health professional of the rehab center.

This article was written by Dixie Somers. Dixie is a freelance writer and happy mother of three kids. She enjoys writing for the family, home, and health niches.